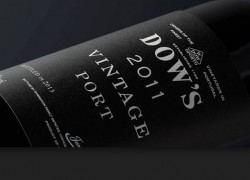 According to the Wine Spectator’s magazine editors’, “In 2011, Port surged to remarkable heights of quality, with some vintners declaring it the best vintage in 50 years. Twenty-five 2011 Vintage Ports scored 95 points or higher on Wine Spectator‘s 100-point scale.”

The vintage’s highest-scoring Port is the Dow’s. “It stands as a monument to quality and the Douro’s modernization. Not overly sweet, the 2011 Dow’s delivers an abundance of grip, the interplay of alcohol and tannins prerequisite to long life,” the magazine reported.

Two other Portuguese wines cracked the Top 10 this year. They are both dry, red table wines from the Douro: the Prats & Symington Chryseia 2011 and the Quinta do Vale Meão 2011.

Wine Spectator’s editors choose the Top 100 Wines on the basis of quality (score), value (price), availability (cases produced or imported) and an “X-factor” referred to as excitement.

A total of six Portuguese wines were also ranked in the Top 100 of 2014, capping Portugal’s performance ever.

Wine Spectator  is a lifestyle magazine that focuses on wine and wine culture. It publishes 15 issues per year with content that includes news, articles, profiles, and general entertainment pieces. Each issue also includes from 400 to more than 1,000 wine reviews, which consist of wine ratings and tasting notes. View full Wine Spectator’s Wine of the Year Top 100 winners here.