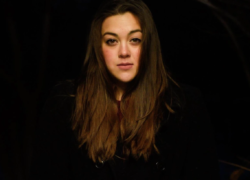 Writer and director, Alexis Barone, is working on a documentary series on multiculturalism in the United States, which will portray the Portuguese community.

The goal is to undo hidden prejudices that some Americans have on cultural diversity. She will start shooting the series in the summer of 2021.

For the project, Barone is seeking Portuguese descendant individuals to collect testimonials on the specifics of being of Portuguese heritage in the context of American society.

She is exploring the fusion of modern society with the traditions of centuries. “The idea is to make Americans, who are not emigrants or have no history and culture other than the American, to recognize and accept the difficulty and beauty of dual cultures,” she said.

The series will focus on a different community by episode and, in the case of Portuguese Americans, the plan is to accompany them back to the region where their families emigrated from.

“It would be a week in Portugal, seven to ten days of production,” Barone said, adding that the idea includes working with hired local technical teams.

The plan includes interviews with academics from universities in Portugal and government officials about the Portuguese diaspora, with a focus on why people growing up in Portugal emigrate.

“We want to meet people with interesting stories,” she said. The plan will also include spending time with immigrant families and talking to business people about the immigration trends observed.

Berone, who is of Filipino, Italian, German and Irish ancestry, conceived the idea for the series when she realized the prevalence of preconceived notions and subconscious prejudices that Americans still have on culture.

“Sometimes having two legacies is an identity battle that only gets worse with other people’s invisible prejudices,” she said.

Raised a Marylander, Alexis Barone graduated with a B.S. in Electronic Media and Film Production from Towson University.  She has been involved with film since she was fourteen. Check out her website here!