Heritage: Network of quality Portuguese restaurants around the world – Portugal

The Government of Portugal, in partnership with the Association of Restaurateurs and Similar Products of Portugal (AHRESP), is developing a project to create, under a brand name, a network of quality Portuguese restaurants around the world.

With the support of the Portuguese embassies, the project is already in the process of identifying a number of quality Portuguese restaurants in countries such as Spain, France, Germany, England and Brazil. Reportedly, the first accredited restaurants of the network will open in Macau (China) and Brasilia (Brazil).

According to the project, initially, 15 restaurants will be selected in each one of the above mentioned countries to a total of 75. The long term goal is to expand the network to the five continents, offering the best Portuguese cuisine has to offer, while increasing the demand for genuine Portuguese food products abroad. 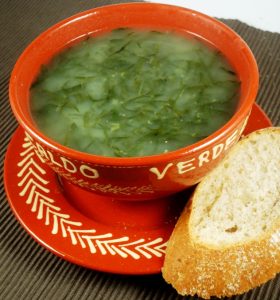 In addition to serving meals, the accredited restaurants will provide their customers with in-house stores supplied with genuine Portuguese food products similar to those served at the table. The effort aims to affirm the Portuguese heritage and culture, through the buying and consuming of food products of national origin.

From the thousands of Portuguese restaurants in the world, those being selected to carry the brand name will have to meet certain requirements, namely using genuine Portuguese food products in the creation of traditional recipes, among other requirements.

Each accredited restaurant will be identified at the door with the network brand name. The launching of the project will include a series of promotional social activities such as food tasting events and cooking demonstrations by Portuguese chefs.