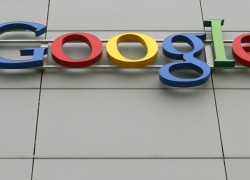 Portugal’s Prime Minister, António Costa, announced on Wednesday that the multinational Google will create a support center in the town of Oeiras, greater Lisbon, as a main technological hub to serve Europe, Middle East and Africa.

The center, to be launched in June 2018, will create 500 highly-qualified jobs.

António Costa made the announcement at the World Economic Forum in Davos, Switzerland, at the opening of a conference entitled “Why Portugal, Why Now” with the participation of Portuguese Economy Minister, Manuel Caldeira Cabral, and Finance Minister Mário Centeno.

The conference was dedicated to presenting Portugal to foreign investors as a competitive country, capable of attracting startups and technological investments.

The Prime Minister remarked that Google will be “hiring up to 500 of Portugal’s best-talented engineers,” acknowledging the country’s growing education standards and technological competence.

According to Economy Minister, Manuel Caldeira Cabral, the talks about the project to create a new Google hub in Portugal had begun during the Web Summit held Lisbon, in November 2017, which gathered 60,000 delegates and 15,000 companies from 160 countries

Originally called the Dublin Web Summit, the event is an Irish-owned technology initiative, held annually since 2009, before moving to Lisbon in 2016 where it will take place again in 2018.