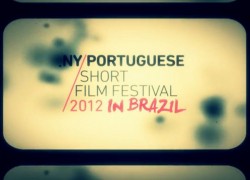 This is the second time the festival is presented in Brazil this year. The first edition  took place in São Paulo over the summer.

The NY Portuguese Short Film Festival in Rio is co-sponsored by the Camões-Instituto da Cooperação e da Língua – Centro Cultural Português – Brasilia, and has the support of the Embassy of Portugal in Brazil, the Consulate General of Portugal in Rio de Janeiro and Esporão Wines.

The Arte Institute is a non-profit organization that promotes the Portuguese art and culture and offers a creative environment for Portuguese artists in the areas of visual arts, literature, music, dance and film. The goal is to foster inter-cultural innovative dialogues between the New York artistic community and Portuguese artists. For information and updates regarding new events and performances visit the Arte Institute’s website.