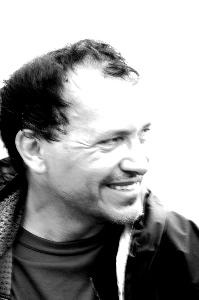 Portuguese native Fernando Pereira is easy to come across.  At least online where you can meet him and get to know his professional persona. He is after all Google’s research director.

If this doesn’t make him the quintessential Internet communicator, his  virtual personal narrative will do it for him. Let’s follow Fernando Pereira around online where he is at his best – at Google —  and find out about him on his own words.

“I am research director at Google. My previous positions include chair of the Computer and Information Science department of the University of Pennsylvania, head of the Machine Learning and Information Retrieval department at AT&T Labs, and research and management positions at SRI International. I received a Ph.D. in Artificial Intelligence from the University of Edinburgh in 1982, and I have over 120 research publications on computational linguistics, machine learning, bioinformatics, speech recognition, and logic programming, as well as several patents.  I was elected AAAI Fellow in 1991 for contributions to computational linguistics and logic programming, and ACM Fellow in 2010 for contributions to machine-learning models of natural language and biological sequences.  I was president of the Association for Computational Linguistics in 1993.”

” I was born and raised around Lisbon , Portugal. I started college studying electrical engineering but majored in mathematics. While in college, I worked part-time for a architectural CAD project at LNEC, a government engineering laboratory.

After graduating, I stayed at LNEC for two years as a systems programmer and administrator, but got also involved in urban traffic modeling, artificial intelligence and logic programming.

In 1977 I took a scholarship from the British Council to study artificial intelligence at the University of Edinburgh. There I worked on natural-language understanding and logic programming, and for a while again in architectural CAD.

I was involved in creating the first Prolog compiler(for the PDP-10), and I also wrote the first widely-used Prolog interpreter for 32-bit Unix machines.

I graduated in 1982 and joined the Artificial Intelligence Center of SRI International in Menlo Park, CA, where I worked on logic programming, natural-language understanding and later on speech-understanding systems.

During 1987-88, I headed SRI’s Cambridge, England, research center. I joined AT&T in the summer of 1989, were worked on speech recognition, speech retrieval, probabilistic language models, and several other topics.

From 1994 to 2000, I headed the Machine Learning and Information Retrieval department of AT&T Labs — Research.. I spent the 2000-2001 academic year as a research scientist at WhizBang! Labs, where I developed finite-state models and algorithms for information extraction from the Web. I have been at Penn since 2001.”

To keep following him around is easy. Fernando Pereira keeps in touch at blogspot.  Just keep on logging.