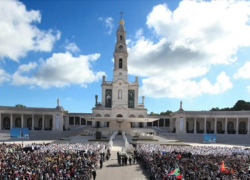 Thousands of pilgrims are expected this weekend at the Sanctuary of Fátima, Portugal, to participate in the National Pilgrimage of Migrant and Refugees presided over by Bishop Edgar Cunha of Fall River, Massachusetts.

The annual celebration, which takes place August 12 and 13, draws thousands of pilgrims from around the globe, including many from the Portuguese Diaspora.

The 2019 pilgrimage, before the Covide’19 pandemic upended the annual event for three years, attracted over 200,000 people.

This year there are pilgrims coming from the United States, Poland, Germany Spain, Austria, Belgium, France, Ireland, Israel, Italy and Vietnam, among many other countries. 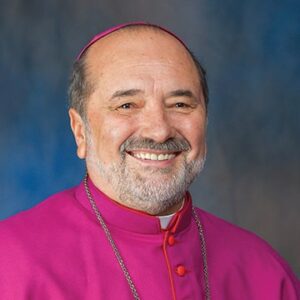 Edgar Cunha, the Bishop of Fall River, is a native of Nova Fátima, in the Brazilian state of Bahia. He is the first US prelate born in Brazil. He currently presides over one of the largest and significant Portuguese communities in the United States.

Born in 1953, he was ordained a priest on March 27, 1982, at Igreja de São Miguel, in Newark, in New Jersey, where an important Portuguese community also resides. In 2017, Bishop Edgar Cunha traveled to the Azores to preside at the Festa do Senhor Santo Cristo dos Milagres, in Ponta Delgada.

Under the theme “Building the future with migrants and refugees” the event has the blessing of Pope Francis and precedes the World Day of Migrants and Refugees event, which is celebrated on 25 September. The celebrations are also part of the pilgrimage of migrants and refugees, within the scope of the 50th National Migration Week, which began on Monday and ends on Sunday.