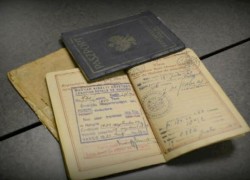 Aristides de Sousa Mendes died April 3, 1954, at aged 68. He was the former Portuguese Consul in Bordeaux, France, recognized for having issued visas to WWII refugees, without regard to nationality or religion, saving thousands of lives including 10,000 Jews namely Salvador Dali, the authors of Curious George, and many others. 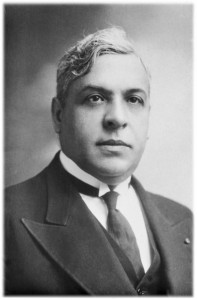 The exhibit cosponsored by the Sousa Mendes Foundation, titled “Portugal The Last Hope; Sousa Mendes’ Visas of Freedom” opens April 7, through September 9, 2016, at the Center for Jewish History, 15 West 16tth street, New York, NY. The opening event and kosher reception will be held from 6-9 p.m.  Admission is free.

Artifacts and  materials, such as unpublished images and films, will be on display at the Center for Jewish History, including original passports with visas, dolls carried by child refugees, war diaries and other objects, from the Sousa Mendes family as well as from the families that survived thanks to the diplomat’s help.

The project has been organized in partnership with the Portuguese Consulate of New York, the Sousa Mendes Foundation, and the Municipality of Almeida, Portugal, with co-sponsorship of the American Jewish Historical Society, the Aristides de Sousa Mendes Virtual Museum (Portugal), the Centro de Portugal Office of Tourism, the Leo Baeck Institute, and the Luso-Americano Foundation. A related exhibition, with some of the same artifacts, was recently held at the Los Angeles Museum of the Holocaust.