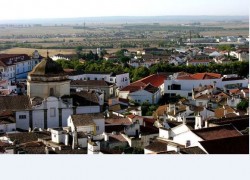 Canadian mining company Colt Resources has announced a “new and significant gold find” in the Portuguese region of Évora.

“Tests carried out under the Chaminé deposit, within the framework of the Boa Fé concession, prove the existence of gold deposits located hundreds of meters below the surface,” said Nikolas Perrault, Colt Resources Chief Executive Officer in a company statement.

The results from prospecting found there was another seam of gold “some 200 meters below the Chaminé deposit.” Previous operators at the Boa Fé project had estimated the gold resources to total about 600,000 ounces.

These results “strengthen the conviction of the existence of significant gold mineralization with great potential in Boa Fé and Montemor” said Perrault before adding that the drilling system deployed by Colt Resources had been “designed to test the company’s stacked system conceptual model.”

Colt Resources is currently in the later stages of evaluating whether to go ahead with preparations for full-scale mining on this site with 2014 slated as a potential start date while proceeding with prospecting at other sites including for tungsten in the north of Portugal at Armamar and gold in Penedono.

The Canadian company is one of several prospecting different sites across Portugal as the government prioritizes the mining sector as a driver of industrial growth.

Colt Resources Inc. is the Canadian based company in charge of the Montemor Gold project and the Boa Fé Gold project currently underway in Portugal.

Last year, the Portuguese government and the Canadian gold mining exploration company signed an agreement to launch an experimental gold probe project in the southern Alentejo region of mainland Portugal.

The sites for the project are located at Nossa Senhora da Boa Fé and Santiago do Escoural (Montemor-o-Novo) near Évora city.

Currently, Portugal holds 382.5 tons of gold reserves, worth an estimated US$20.7 billion, one of the largest gold reserves in the European Union and the 13th highest in the world.