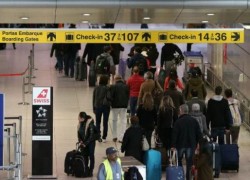 It is estimated that currently 2.3 million (22%) Portuguese born nationals live abroad, a figure only comparable to the 1960s. The population of Portugal is estimated at 10.35 million (2015).

High unemployment and low wages, combined with falling birth rates, have caused some Portuguese towns and villages to lose about three-quarters of their population in the past decades.

The main destination of emigration includes wealthier countries such as the United Kingdom, France, Switzerland and Germany.  Other countries of choice include Angola, Spain, Belgium, Mozambique, Luxembourg, the Netherlands, Brazil, Denmark, the United States, Canada, Austria, Norway, Italy, Sweden, Ireland and the territory of Macao (China).

According to the World Bank (2015), Portugal ranked as the 12th in the world among countries losing population to migration.

About 1.4 million individuals of Portuguese ancestry live in the United States today, with a large percentage coming from the Azores.