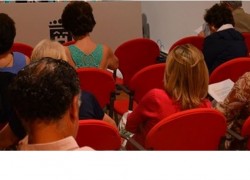 The number of doctoral theses in Portugal rose to 2,200 in 2012 from 860 in 2000, with women outnumbering men in terms of their production, according to figures released recently on by the Ministry of Education.

Since 2008, women have outnumbered men in terms of doctoral theses; last year they produced 54% of the total.

The area in which the number of theses grew the most was social sciences and humanities. In 2012, a total of 578 social science theses were produced, and 461 in the exact sciences; there were 387 in engineering and technology, 284 in the humanities, 271 in medical and health sciences, and 26 in agrarian sciences.

Of the total, 87.5% were produced by Portuguese nationals, followed by Brazilian nations with 5.7%.