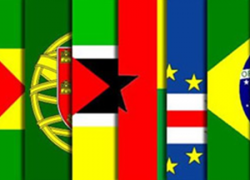 Effective April 2017, college bound secondary education students in the United States will be able to earn college placement and college credits for Portuguese as a foreign language’.

To qualify, students will take the National Examinations in World Languages (NEWL), a test developed by the American Councils for International Education and recognized by the Advanced Placement Program of the College Board.

The NEWL is a language assessment exam that provides heritage language speakers and traditional language learners the opportunity to earn college placement and/or credit based on their proficiency on a critical foreign language, namely Arabic, Korean, Portuguese, and Russian.

The Portuguese language, the 6th most useful language for business, is spoken by 263 million (2015) in Europe, South America, Africa and Asia. In 2050 Portuguese will be spoken globally by an estimated 390 million and in 2100 by a projected 400 million.

A motion was approved recently to add Portuguese as the 7th official language of the United Nations in addition to Arabic, Chinese, English, French, Russian, and Spanish. May 5th is the International Day of the Portuguese Language and Culture.