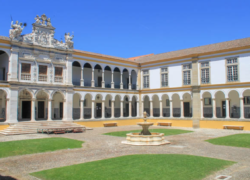 The number of applications by foreign students to Portuguese institutions of higher education, rose 26% to more than 7,600, due to the increasing interest of international students, who look to Portugal as an attractive destination to study.

“Portugal had an exceptional growth in the number of students in recent years, in 2019 it grew 24%, in the previous year it had been 28%, and during the pandemic, in 2020, there was a regression of 4 percent,” the secretary of State for Science, Technology and Higher Education, João Sobrinho Teixeira, told Lusa.

The current application deadline ended on August 20, but international students are encouraged to apply, namely students of Portuguese descent. Application will go through the process of granting visas and the possibility of enrolling in Portuguese universities.

Each year, the Portuguese system of higher education, including those in Madeira and the Azores,  allocates 7% of its openings to Portuguese descent college students living abroad.

Being a student of Portuguese descent includes those descending from a Portuguese emigrant up to the 3rd generation.

Most Portuguese universities charge higher tuition fees (propinas) to international students. Average tuition for Bachelor and Master programs cost between €950 and €1,250 for each academic year.