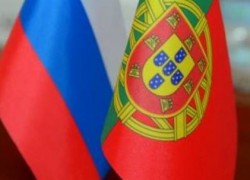 The President of Portugal, Marcelo Rebelo de Sousa, will meet with Vladimir Putin, the President the Russian Federation, on Wednesday, June 20, in Moscow.

The President of Portugal has remarked that “Portugal would like to expand its relations with Russia in all areas, include economic and cultural” – particularly as the country has a “very strong Russian community.”

An estimated 8,211 Russian nationals live in Portugal. Relations between Portugal and Russia have been developing on the firm basis, with Lisbon assigning great importance to bilateral relations with Moscow.  Portugal seeks to expand its relations with Russia in all areas of economic and cultural ties, including politics, economy as well as education, culture, science and social exchanges.

The President of Portugal is scheduled to travel to Washington later this month for a meeting with US President Donald Trump. The visit is scheduled for June 27.

The visit will mark “the culmination of a month-long celebration of the Portuguese-American community” and celebrate the close bond between the countries, said White House Press Secretary Sarah Huckabee.