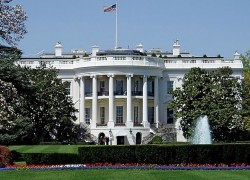 The Day of Portugal is a national holiday celebrated by the Portuguese nation every year on June 10. The date also celebrates the life of Luis de Camões, Portugal’s national poet who died on the 10th of June 1580. Camões wrote “Os Lusiadas,” Portugal’s national epic poem celebrating 16th century Portuguese history and achievements. For the Portuguese people living abroad, the Day of Portugal is also the time to celebrate their heritage and ethnic pride. Joining the celebration, on behalf of President Obama, the Secretary of State, Hillary Clinton, released a statement to the press congratulating the people of Portugal on the occasion of June 10, Portugal’s National Day.

On the Occasion of Portugal’s National Day

On behalf of President Obama and the people of the United States, I am delighted to congratulate the people of Portugal as you celebrate your National Day this June 10. As we reflect on the rich history and cultural heritage of the Portuguese people, we celebrate the promise of our shared future and the resilient friendship of our two countries.

Portuguese history and culture continues to inspire the people of the United States. Whether through the bravery of Vasco de da Gama, the literary works of Luís de Camões, or the contributions of today’s Portuguese-Americans, Portugal’s presence and influence in America is alive and well.

Since the birth of the United States, our two countries have benefitted from an enduring partnership that advances global peace and prosperity. This strong relationship continues today as we work to confront the challenges of the 21st century. Our governments are partnering together to fight terrorism, combat drug trafficking and ensure the security of global trade and business.

On your National Day, know that the United States stands with you. We are committed to working together to build a more secure and prosperous future for all our people.