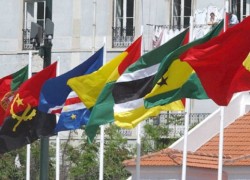 According to Portuguese Ambassador Francisco Ribeiro Telles, executive secretary of the Community of Portuguese Speaking Countries (CPLP), the U.S. State Department has formalized a request by the United States to joining the Lusophone group as an associate member.

The information released by UN News at the United Nations, in New York, adds that the U.S. State Department request also aims to bringing the U.S. closer to the Lusophone diaspora in America, which includes mainly Brazilians, Cape Verdeans and Portuguese.

Ambassador Francisco Ribeiro Telles met with the United Nations Secretary-General Antonio Guterres who reiterated his commitment to multilingualism and expressed the “UN’s readiness to work closely with the CPLP in areas of common interest.”

Created in 1996, the Community of Portuguese Speaking Countries (CPLP) represents the community of nations where Portuguese is the official language, an estimated 240 million people, including Portugal, Brazil, Angola, Cape Verde, Guinea-Bissau, Mozambique, São Tomé and Príncipe and East Timor.