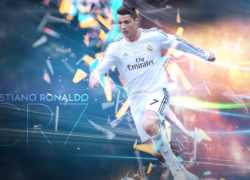 Cristiano Ronaldo has tested positive for coronavirus and will miss Portugal’s Nations League game against Sweden on Wednesday, the Portuguese Football Federation said in a statement Tuesday.

The rest of Portugal’s squad tested negative on Tuesday and are available for Wednesday’s game in Lisbon. Coach Fernando Santos said he will train them at the Cidade do Futebol complex near Lisbon, according to the statement.

According to the statement, Ronaldo is “well, without symptoms, and in isolation.”

The 35-year-old Juventus forward played for Portugal against France in the Nations League on Sunday and against Spain in a friendly last week. Neither of the other two teams have reported positive cases.

One of the world’s most famous athletes, the soccer star will isolate himself from his teammates, while another round of testing revealed he was the only player on the team to test positive.

On Monday, Ronaldo posted a photo of himself on social media dining with his teammates.He also traveled on the team plane on their latest flight between games.

The coach of the Juventus FC under 23 reserve team, Lamberto Zauli, also tested positive for the coronavirus, the club said Tuesday. The reserve team has entered into isolation as a result.

The Portuguese federation did not immediately release details about where Ronaldo was in isolation, or for how long he would stay in quarantine.

Ronaldo isn’t the only soccer star who recently tested positive.

Manchester United midfielder Paul Pogba was found to be positive. Brazilian star Neymar and two of his Paris Saint-Germain teammates reportedly contracted the virus during a postseason vacation. On Monday, Peru’s soccer federation said two of its players won’t play in a qualifier against Brazil on Tuesday night after testing positive. The Premier League recently reported five new positive cases after testing 1,128 players and club staff.