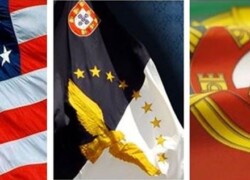 The Vice President of the Regional Government of the Azores, Artur Lima, addressed today a letter to the Portuguese Minister of Foreign Affairs, Augusto Santos Silva, requesting that Portugal invoke the Cooperation and Defense Agreement between the Portuguese Government and the United States, to supply vaccines against COVID’19 to the underserved Azorean population.

In the letter, Artur Lima states that Portugal’s supply of vaccines to the Azores has “been unsatisfactory,” and that the Government of the Azores has also invoked Article 349 of the Treaty on the Functioning of the European Union (TFEU) regarding the “special vulnerability” of the Azores as an outermost region of Europe. 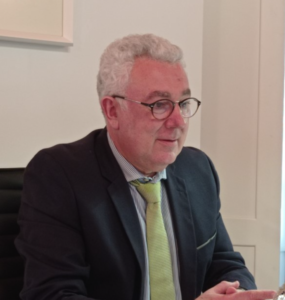 The letter refers to the many limitations in resources of the Regional Health System to fight the pandemic, pointing out that six of the nine islands have no hospital facilities aggravated by the geographical distance between islands, the adverse atmospheric conditions and the scarcity of means on the part of the Portuguese Air Force, responsible for air medical evacuation operations.

Appealing to the friendly relations of the Azores with the US, the letter states that it is appropriate for Portugal to invoke the terms of the Cooperation and Defense Agreement, between the two countries, to provide the means to immunize the population of the Azores.

Regional Secretary of Health, Clélio Meneses, has also reiterated that the Azoreans are not being vaccinated at the rate they need. He stated that the vaccines made available, by the Central Government, have arrived in the Region in “indeterminate quantities” with “uncertainty and discrepancy of dates,” compromising the regional vaccination plan.

According to Meneses, if Portugal and the European Union are unable to respond to the inoculation needs of the Azorean population, the Region will look for solutions that may involve a request for support from outside Europe.

To date, of the nine islands in the Azores, only São Miguel currently has positive active COVID’19 cases, in a total of 124, of which 22 in the municipality of Lagoa, one in the Northeast, 82 in Ponta Delgada, two in Povoação, two in Vila Franca do Campo and 15 in Ribeira Grande.