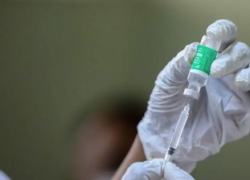 The Autonomous Government of the Azores, lead by President José  Manuel Bolieiro, has stated that its administration is unhappy with the reduced number of COVID’19 vaccines the Government of Portugal has made available to the Azorean population.

Indeed, the Azorean administration has indicated it is very concerned about the spread of the COVID’19 British variant in the archipelago, and threatened to procure vaccine supply sources elsewhere.

Following these developments, Regional Secretary of Health, Clélio Meneses, has reiterated that the Azoreans are not being vaccinated at the rate they need. He stated that the vaccines made available, by the Central Government, have arrived in the Region in “indeterminate quantities” with “uncertainty and discrepancy of dates,” compromising the regional vaccination plan.

According to Meneses, if Portugal and the European Union are unable to respond to the inoculation needs of the Azorean population, the Region will look for solutions that may involve a request for support from outside Europe.

The pronouncements were made following notice that a complaint letter was sent, by the President of the Government of the Azores, to the EU Commissioner for Health and Food Safety, Stella Kyriakides, asking for a more “direct intervention” regarding the vaccination process of the most peripheral EU territories, such as the Azores.

In the letter sent to Stella Kyriakides, President Bolieiro stated that it is has been particularly difficult for his administration to fight against the COVID’19 pandemic.

“I am primarily responsible for the destinies of the European citizens who live here. The Azores, as well as the other outermost regions, are certainly spaces that are particularly vulnerable to this global phenomenon due to our specific characteristics,” Bolieiro says in the letter.

Vice-President of the Government of the Azores, Artur Lima, has also affirmed that the Azores would be asking for vaccines from Russia, China or the United States, if Portugal and the European Union do not respond.

“We will make contact with Foreign Affairs so that, under the Cooperation and Defense agreement, we can ask the United States for vaccines for all Azoreans. And we will make any possible agreements with anyone else,” he said when questioned by LUSA whether Russia and China would be options.

Currently, President José Manuel Boleiro presides over the Conference of the Outermost Regions of the European Union. The European Union (EU) counts nine outermost regions, which are geographically very distant from the European continent. These are French Guiana, Guadeloupe, Martinique, Mayotte, Reunion Island and Saint-Martin (France), Azores and Madeira (Portugal), and the Canary Islands (Spain).

In the last 24 hours, 4 new positive cases of COVID’19 were diagnosed in the Azores.

As of today, the Azores have 100 positive cases, 96 in São Miguel, two in Terceira and two in Pico.

On this day, marking a year of the emergence, in Terceira, of the first positive case of COVID’19 in the Azores, a total of 4,004 cases have been diagnosed, with 3,768 recoveries and 29 deaths total.