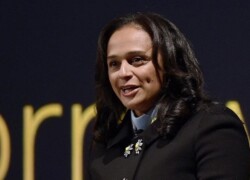 More information has emerged about the business activities of Isabel dos Santos, this time claiming that despite her corrupt reputation she was able to count on advice from three of the world’s largest consulting firms.

The extent of Isabel dos Santos’ reported corruption is astounding and it continues to be examined by the International Consortium of Investigative Journalists (ICIJ) as well as government authorities.

With new evidence from its Portuguese partners at the Expresso newspaper and SIC television, ISIJ has reported that the Boston Consulting Group, PwC, and McKinsey & Company each pocketed tens of millions of dollars for advising Ms dos Santos on running her business empire.

ICIJ has been on top of the whole story since releasing its Luanda Leaks revelations in January last year. The BBC, the Guardian and the New York Times were among 37 media outlets that reported on the contents of the leaked documents back then. The leaks gave an insight into how Ms dos Santos made a fortune at the expense of the people of Angola, a country ravaged by both corruption and poverty.

Ms dos Santos used to be celebrated as Africa’s wealthiest woman who had amassed a net worth of more than two billion US dollars from her business enterprises. She is now looking more like a broken billionaire.

The International Consortium of Investigative Journalists, an independent network based in Washington DC, says it’s not just interested in corrupt figures, but also the systems and industries that serve and profit from them.

According to ICIJ, its Luanda Leaks was not just the story of how Angola’s former ruling family made a fortune by draining public coffers. Its investigations have also shown how Western firms played a key role in moving tainted billions through a vast network of shell companies.

The Boston Consulting Group, founded in 1963, says online that it “partners with leaders in business and society to tackle their most important challenges and capture their greatest opportunities.”

PwC, present in Portugal for more than 50 years, describes itself on its website as one of the world’s leaders in providing professional services in auditing, tax and management.

McKinsey & Company, an American worldwide management consulting firm founded in 1926 by a University of Chicago professor, publicizes itself as an advisor on strategic management to corporations, governments, and other organizations.

Long after many banks had broken ties with Ms dos Santos over questions about the source of her wealth, these consulting firms retained their close relationship with the billionaire despite telltale signs of corruption, according to ICIJ’s latest report.

Each received tens of millions routed through an obscure Dubai shell company owned by a personal friend of do Santos, according to documents seen by Expresso and SIC.

“In this case, the owner was not only a close associate of a senior public official, but that official had a clear ability to influence the business in question, creating a conflict of interest,” Alexandra Gillies, an expert with the Natural Resources Governance Institute, told ICIJ. “Those are some pretty major red flags for firms of this calibre to ignore,” she added.

Ms dos Santos is said to have been receiving help from these international consulting firms while managing the Angolan state oil company in 2017. Now aged 47, she has lived internationally from the very start of her life.

Born in the former Soviet republic of Azerbaijan, she was the eldest child of Angola’s long-term autocratic president, José Eduardo dos Santos, and his first wife, Tatiana Kukanova, whom he met as a young man in Azerbaijan while studying there.

Isabel attended an all-girls school in Kent, England, and later studied electrical engineering at King’s College, London. She married Sindika Dokolo, the son of a millionaire in Zaire, who was raised in Belgium and France.

Isabel’s father ruled the former Portuguese territory of Angola from 1979 to 2017 and she is believed to have acquired control in Angolan companies and her vast wealth almost entirely from her family’s power and connections. She has denied becoming a billionaire through nepotism or corruption and said it’s all a political vendetta promulgated after her father retired and handed over Angola’s presidency.

Usually photographed smiling, looking relaxed and charming, she came to live in exile in Portugal when Angola’s new leadership started focusing on the corruption that was rife in the land. She invested heavily in major Portuguese companies until her assets were frozen in this country as well as in Angola and the Netherlands.

Naturally, all this angered her. She used the word “abusive” to describe the seizure last year of her share capital in Nos, the Portuguese telecommunications operator.

In January this year, Forbes magazine dropped her from its rich list. Forbes said it was unable to accurately evaluate her current wealth, but reckoned her alleged corruption crimes may have led to Angola’s ongoing recession crisis.

The freezing of assets and the advance in formal investigations urged Ms dos Santos to leave Portugal and become a resident in the United Arab Emirates.

As ICIJ has pointed out, a Dutch court has been asked to seize, on Angola’s behalf, a valuable stake in an energy company obtained by Ms dos Santos’ late husband, Sindika Dokolo. This is Angola’s latest attempt to recoup assets it says the family siphoned off to their personal holdings.

Mr Dokolo died in a scuba diving accident in Dubai last October. He was being investigated along with his wife, but he too denied all wrongdoing.

ICIJ says that investigating Ms dos Santos’ ill-gotten wealth in their Luanda Leaks revelations has given their team new insights into who and how corruption and offshore finance works across borders.

“There’s a lot of change happening around the globe at the moment, and, as with any great upheaval, there are those lying in wait to exploit,” says the ICIJ team.