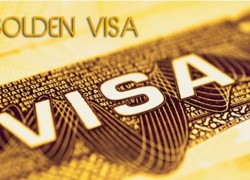 The order was issued on Tuesday, July 14, by the Foreigners and Frontiers Services (SEF).

The scandal involves former Interior Minister Miguel Macedo, following a recent investigation that led to the imprisonment of 11 officials on suspicion of corruption. The charges include money laundering, influence peddling, and embezzlement.

In 2012 Portugal had launched the ‘Golden Visas’ program granting special visas to foreigners willing to invest at least €500,000 in real estate or depositing €1million in a banking institution and/or creating 10 new jobs.

Other ‘Golden Visas’ candidates were permitted to transfer €350,000 or more for investment in scientific research, artistic production, or the maintenance or recovery of cultural heritage.

The ‘Golden Visas’ scheme could lead to the granting of a permanent residence permit and Portuguese nationality. It also could open the door to unrestricted movement within the 26 countries of the Schengen area and quash any need to pay tax on foreign earnings for five years.

According to media reports, as of late last month, Portugal had issued 2,420 ‘Golden Visas’ which brought an estimated €1,46bn of investment into the country.

The scandal follows the arrest in 2014 of former Portuguese Prime Minister, José Sócrates, on suspicion corruption, and the collapse in 2014 of Banco Espirito Santo (BES), the country’s largest bank.