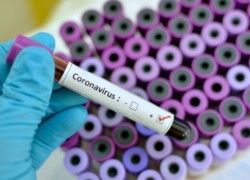 The government of Portugal is working with China and the European Union to repatriate its nationals from the Wuhan area afflicted with the coronavirus (2019.nCoV) outbreak. There are approximately 20 Portuguese nationals living in the city.

Portuguese Foreign Minister Augusto Santos Silva said Monday that efforts are in progress to rescue Portuguese citizens in Wuhan on a civilian plane with citizens from other European countries, under the European solidarity mechanism provided for in this type of situation.

According to news reports, the first suspect case of coronavirus in Portugal has negative. The suspect, kept in isolation in Lisbon’s Curry Cabral hospital, has been cleared.

The Portuguese Director General of Health, Graça Freitas, was reassuring that Portugal preparedness to deal with the epidemic was “good, among the best in the world…”

Symptoms associated by the virus include fever, pain, general malaise and breathing difficulties such as shortness of breath.