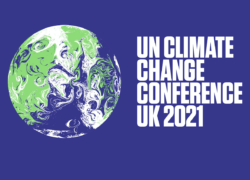 António Guterres, former prime minister of Portugal, now secretary-general of the United Nations, is likely to be one of the most articulate and passionate advocates for urgent action at the gathering of world leaders in Glasgow (UK) for the 26th UN Climate Change Conference (COP26).

In one of his many recent statements on the subject, Guterres called on world leaders to go for “decisive action now to avert climate catastrophe.”

He totally sympathizes with the mass of young climate activists who are desperately frustrated by the continuous platitudes expressed by politicians, especially in countries responsible for the greatest amount of greenhouse gas emissions.

“Saving this and future generations is a common responsibility,” says Guterres. He recently told world leaders at the UN General Assembly in New York: “I’m here to sound the alarm. The world must wake up!”

He warned, somewhat angrily: “This is a planetary emergency. We are on the wrong edge of an abyss and moving in the wrong direction.”

It is a complicated situation, he added, because “our world has never been more threatened or more divided. ….  the world is sleepwalking to disaster.”

Climate action has been at the top of Guterres’ agenda during this second term as secretary-general and the United Nations has recently issued a report saying that the world is on a catastrophic pathway with 2.7 degrees of heating, rather than the 1.5 degrees needed by 2030. The 1.5 target agreed upon by the Paris Climate Accord would require a 45% cut in present greenhouse emissions. 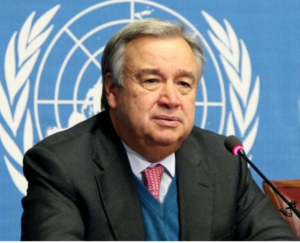 Key points in this U.N. report: “First, keep the 1.5 degrees goal within reach. Second, deliver on the $100 billion a year for climate action in developing countries. Third, scale up funding for adaptation to at least 50% of total public climate finance expenditure.”

Guterres says decisive leadership must come from the finance ministers of the wealthier countries because their countries are responsible for 80% of the world’s greenhouse gas emissions.

“We simply cannot achieve our shared climate goals – nor our shared hope for lasting peace and security – if resilience and adaptation continue to be the forgotten half of the climate equation,” says Guterres.

Sir David Attenborough, who will address the world leaders in the early part of the summit, has been nominated the “People’s Advocate.” In a speech to the United Nations Security Council earlier this year, the renowned naturalist and broadcaster emphasized the importance of the COP26 summit as possibly “our last opportunity to make the necessary step change” to protect the planet.

Many activists seriously doubt that world leaders are collectively on the way to adequately solving the crisis, but Sir David Attenborough is cautiously optimistic.

For the first time in history all nations should be on the same side in fighting climate change.  Modern communications mean that anyone anywhere can see the problems and take part in solving them, says Sir David.

“The world is being destroyed. We are doing it, there is no doubt about that, so for the first time, issues for the world should not be argued.”

Sir David continued: “For the first time people are able to speak today and be heard within minutes across the world.

“For the first time it is possible to see the dimensions of the problem, to see the pictures of devastation or of hope.

“For the first time people around the world can hear the arguments and the solutions. Those two things give some hope.”

The COP26 summit runs from Sunday October 31 to Friday November 12 and perhaps a day or two longer if some important details need finalizing.