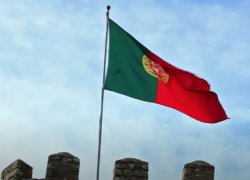 Portugal ranked again as the third most peaceful country in the world, among 163 states and territories, after Iceland and New Zealand, the Global Peace Index reported today.

The report by the Institute for Economics & Peace also reveals that Portugal ranks first among the countries of the European Union.

The report concluded that the significant steps the country has taken in recent years in terms of security, have allowed for the reduction of crime and, consequently, the gradual and consolidated rise in the Index ranking.

“Iceland remains the most peaceful country in the world, a position it has held since 2008 followed by the Index podium for New Zealand, Portugal, Austria and Denmark”, details the report.

The Global Peace Index has worsened worldwide, due to a new wave of tension and uncertainty as a result of the COVID’19 pandemic, it was reported.

It reveals that in 2020 the average level of global peacefulness deteriorated for the ninth time in twelve years. Overall, 81 countries improved in peacefulness in the 2020 report, whilst 80 deteriorated.

“This year’s results show that the level of global peace has deteriorated, with the average score for countries falling 0.34 percent,” the report concluded.

At the end of the list, “Afghanistan is the least peaceful country in the world for the second year in a row, followed by Syria, Iraq, South Sudan and Yemen. All but Yemen have occupied the last five years ranking positions since at least 2015,” the report states.

Only two of the nine regions of the world have become more peaceful in the past year. The greatest progress was made by Russia and the Eurasia region, followed by North America.

The Institute for Economics & Peace (IEP) is an independent, non-partisan, non-profit think tank dedicated to shifting the world’s focus to peace as a positive, achievable, and tangible measure of human well-being and progress.

The Global Peace Index (GPI) measures the relative position of nations’ and regions’ peacefulness. The GPI ranks 172 independent states and territories (99.7 percent of the world’s population) according to their levels of peacefulness.

The Global Peace Index 2020 can be consulted  here