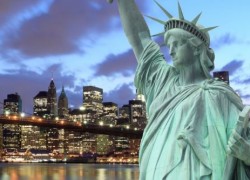 Among many resolutions, the new bill would introduce a “point-based” system, reducing the number of “family-sponsored immigrants” and creating a new “non-immigrant classification” for the parents of adult United States citizens.

The bill developed by Republican senators Tom Cotton (Arkansas) and David Perdue (Georgia) is a merit-based points system which would cut legal immigration by 50% over 10 years.

For new applicants, the RAISE ACT would grant highly-skilled English speakers more favor in gaining admission. Applicants would have to get at least 30 points to gain admission. Examples:

The bill also aims to end the diversity visa lottery, which allows 50,000 people from underrepresented countries to obtain green cards and sets a 50,000 annual cap on refugees. Under the proposal the number of Permanent Residence Cards (Green Cards) would be cut and given to just over 500,000 people a year.

The RAISE ACT (the initials stand for Reforming American Immigration for Strong Employment) is likely to face resistance in Congress from Democrats and some Republicans.