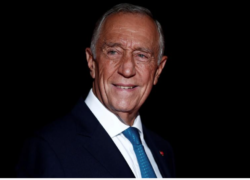 The President of Portugal, Marcelo Rebelo de Sousa, is on an official visit to New York city scheduled for September 18-23, to participate, on Tuesday, in the 76th session of the General Assembly of the United Nations (UN).

In addition, he will also participate, “in virtual format, in three events on the sidelines of the 76th Session of the General Assembly of the United Nations” on energy, food systems and biodiversity.

On Sunday, the President of the Republic will pay tribute to the victims of September 11, 2001, on a ceremony laying a wreath of flowers at the 9/11 Memorial site.

Also on Sunday, he will be meeting with the UN Secretary General, António Guterres, and other heads of state participating in the the General Assembly session.

President Rebelo de Sousa’s intervention before the UN General Assembly will take place on the first day of the general debate between heads of state of the 193 UN member states, which Portugal joined in 1955.

On June 18, President Rebelo de Sousa visited the United Nations when former Portuguese prime minister António Guterres was sworn in, for a second five-year term, as Secretary General of the organization.

On that occasion, the President of the Portuguese Republic addressed the General Assembly, remarking that Secretary General António Guterres “proved to be the right person at the right time” to lead the UN for his commitment to multilateralism.

A moderate center-right politician, Marcelo Rebelo de Sousa, won a second term in January 2021. As president, he holds a largely ceremonial role, with limited presidential powers, such as appointing the Prime Minister and Council of Ministers, in which the President must be guided by the election results; dismissing the Prime Minister; dissolving parliament to call early elections; vetoing legislation, which may be overridden by parliament; and declaring a state of war or siege.