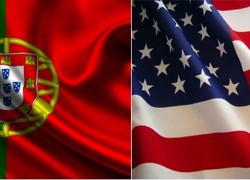 Launched in June, PAFP is a non-paid internship program is offered to highly motivated graduate students interested in receiving training in critical areas of need for the advancement of the Portuguese American community.

Natasha A. Silva is currently a student at Suffolk University where she works and is completing a dual Master’s program in political science and public administration. She graduated from Bridgewater State University in 2013 with a bachelor in political science. Her passion for politics is inspired by her dream to better the Portuguese American community and country. She is of Portuguese descent and a native of Southeastern, Massachusetts. Since 2010, she has worked on two local campaigns, volunteered for a national campaign, interned for Massachusetts Governor Deval Patrick and for U.S. Senator Elizabeth Warren, and has served in various leadership positions including establishing a Portuguese-American student organization at Bridgewater State University.

Sean W. Fernandes is a rising second year law student at the University of Chicago Law School and a Portuguese American of Madeiran and Azorean descent. He has worked for a variety of legal employers including two major law firms, the general counsel’s office at a university, a public defender’s office and a law professor.  While he plans to focus his career in corporate and transactional law, Mr. Fernandes gained exposure to government relations as a Summer Associate at a Raleigh, North Carolina firm, and he looks forward to applying those learned skills to advance the interests of the Portuguese American community.

“The fellowship program builds on NOPA’s commitment to contribute to the Portuguese-American experience in a variety of venues and advance our people in the national spotlight.” — Dr. George Perry, NOPA Board Chair

This one-year fellowship program purpose is to enhance participants’ leadership abilities, strengthen professional and research skills and ultimately produce more competitive and talented Portuguese American professionals in key public policy issue areas. The fellows’ work experience will serve to impact the Portuguese American community and be enhanced by discussion sessions with national leaders who will serve as mentors.

This year’s fellows will focus their work on government relations to advance the agenda of the Portuguese American community. Their curriculum is designed to provide the participants with the opportunity to further develop their leadership style and policy and analytical skills, and to gain exposure in every aspect of state policy, federal policy, legislative affairs, regulatory affairs, policy research, and policy implementation. Their responsibilities will include managing NOPA’s legislative action network, supporting NOPA’s advocacy activities, developing talking points, letters, and other advocacy documents. Responsibilities may also include assisting with the drafting of policy, position papers, and testimony; and educating members of Congress and federal agencies on matters of importance to the Portuguese American community.

To apply and be considered for next year’s Portuguese American Fellowship Program, submit a cover letter explaining interest in the program and focus area of choice along with a CV/resume to info@nopa-us.org