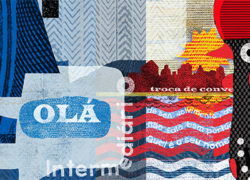 The Minister of Foreign Affairs, Augusto Santos Silva, announced that the Portuguese language teaching abroad network [Ensino de Português no Estrangeiro (EPE)] will be provided with more teachers and more teaching materials in the next school year.

The project will provide a “massive distribution” of computers and updated educational content to students and teachers, he said.

This initiative, which will take place over the next two academic years, will amount to an investment of €23 million (USD$27 million).

There are more than 1,000 Portuguese language schools abroad, in 750 different locations, in various countries, overseen by the Lisbon based Camões Institute.

According to Minister Santos Silva, the “great advance” for the next school year will be “a kind of systematic update of the EPE network” targeting basic, secondary, and higher education, which will equip all Portuguese cultural centers abroad and Portuguese language centers with a massive distribution of digital educational technologies and equipment which will facilitate access to language and culture.

In higher education, there will be an increase in the number of Portuguese language centers, chairs and lecturers, with the consolidation of more protocols with institutions of higher learning.

The Coordination of Portuguese Education in the United States (CEPE-USA) has estimated that currently there are about 20,000 Portuguese language students served by 386 teachers, in 189 schools, spread all over the country.

The CEPE-USA, under Camões – Cooperation and Language Institute, IP, is responsible for supporting the network of community and public schools where the Portuguese language is taught, supervising the activity of Portuguese language and culture teachers abroad and promoting the interaction between the various levels and modalities of education. CEPE-EUA is also responsible for promoting the teaching of Portuguese as a non-native language in the curricula and teaching systems and administering the CAPLE exams – Portuguese Foreign Language Assessment Center.

Headquartered in Boston, the Portuguese Teaching Coordination in the USA (CEPE-EUA), has a Deputy in the CEPE-EUA office at the Consulate General of Portugal in New York and Newark, which works locally with Portuguese language teachers of the various levels of education and with the various institutions of elementary, middle, secondary and higher education. The Coordination office also provides logistical support for the teaching of the Portuguese language and culture.