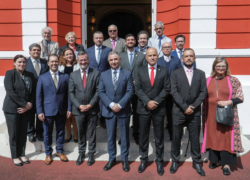 Established in 2019, and electorally constituted in 2021, the Conselho da Diáspora Açoriana is a consultative body of the Government of the Azores, composed of 35 members, with the mission of promoting the participation of representatives from the Azorean communities scattered around the world in countries such as Bermuda (1), Brazil (5), Canada (5), United States of America (5), Uruguay (1), Continental Portugal and Autonomous Region of Madeira (1) and the rest of the world (1). 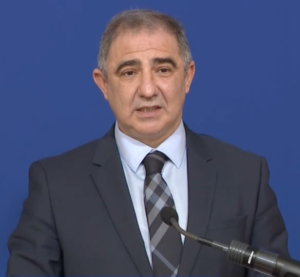 Chaired by President José Manuel Bolieiro, and officiated by the Vice-Presidency of the Government, Artur Lima, through the Regional Directorate for Communities, the plenary assembly of the Council was attended by the 35 elected members, including the 19 councilors elected by Regional Government.

In his address, President Bolieiro stressed the importance of the event by saying it was an opportunity for the region’s own government bodies, and in particular the Regional Government, to receive feedback, such as reflection, advice, critical assessment and implementation of policies from the leaders of the Azorean communities of the diaspora.

According to the agenda for the event, the councils delegation also visited the islands of Terceira and Faial where they held working meetings with the Vice-President of the Government of the Azores, Artur Lima, in Angra do Heroísmo (Terceira), and with the president of the Legislative Assembly of the Autonomous Region of the Azores, Luís Garcia, in Horta city (Faial).

The councilors of the Conselho da Diáspora Açoriana were elected for a term of four years, on the Azores Day, May 24, 2021, and took office on the Portuguese Communities Day, June 10, 2021, in a virtual ceremony presided over by the President of the Regional Government.

In addition to the elected members, the body of the Council includes the Vice-President of the Regional Government, three representatives of the Legislative Assembly of the Autonomous Region of the Azores, a representative of the World Council of Houses of the Azores and the Regional Directors with competences in the areas of emigration and communities, social solidarity, professional qualification and employment, culture, and tourism.