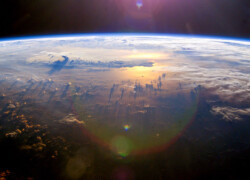 Since taking over the presidency of the Council of the European Union from Germany at the start of this year, Portugal has emphasised that climate change is “an existential threat to humanity” and has given the subject top priority in the run-up to November’s crucial United Nations COP-26 summit in Glasgow.

At a meeting entitled Climate Change – New Economic Models organised by the EU Council last Friday, the Portuguese minister for the environment and climate action, João Pedro Matos Fernandes, told participants that “Portugal was the first country in the world to commit itself to carbon neutrality and it firmly believes that we can only create value and grow the economy within the limits of the natural system.”

The minister went on to say that “Europe underscored just this with the EU Green Deal. The investment in sustainability is essential to an improvement in the conditions of the planet and to economic growth.”

Frans Timmermans, the executive vice-president of the European Union, said at Friday’s conference: “the climate and biodiversity crises threaten – without any exaggeration – our very survival”.

In a recorded statement, Timmermans said that “even though the pandemic still dominates our daily lives, Europeans still strongly – and increasingly – support climate and environmental action”.

On the current situation, Timmermans emphasised that “the pandemic has taught us a harsh lesson about how our own health and wellbeing are depend on that of the planet.”

He said he fully agreed with a statement by the former Portuguese prime minister and now secretary-general of the United Nations, António Guterres, that “making peace with nature is the defining task of the 21st century,” adding that “we have just a limited number of years left to avoid causing ecocide”.

Portugal’s current prime minister, António Costa, noted last week that Europe had made a commitment to be the first carbon-neutral continent by 2050, and that this is the “core aspect of the vision enshrined in the European Green Deal, which establishes a new development strategy for Europe and a roadmap for making Europe sustainable.”

The EU Council is aiming to pass an EU 2030 climate target into law by June this year. This would include the bloc’s plan to reduce greenhouse gas emissions by at least 55% by 2030.

On Wednesday last week, the renowned ecologist and broadcaster Sir David Attenborough said in an impassioned address to the United Nations Security Council: “please make no mistake, climate change is the biggest threat to security modern humans have ever faced.”

In Sir David’s words, “if we continue on our current path we will face the collapse of everything that gives us our security: food production, access to fresh water, habitable ambient temperature, and ocean food chains. And if the natural world can no longer support the most basic of our needs, then most of the rest of civilisation will quickly break down.”

There were, however, some grounds for hope, said Sir David. “While it’s true we can never go back to the stable, benign climate that enabled us to flourish for the past 10,000 years, I do believe that if we do act fast enough, we can reach a new stable state.”

As Sir David pointed out, there are obvious signs that global warming is already causing events with disastrous consequences: “Continents are on fire. Glaciers are melting. Coral reefs are dying. Fish are disappearing from our oceans. The list goes on and on.”

The United States climate envoy, John Kerry, told the Security Council that the United Nations COP-26 summit would be, “our last best hope to get on track and get this right.”

John Kerry continued: “we are now compelled to do more than talk about climate-related security risks. We have to work together to understand them before they wreak havoc; we have to develop stronger early-warning systems; we have to mainstream the climate crisis into every aspect of our public and private sector and decision-making. And in the face of climate-fuelled challenges, we have to make certain that cooperation, not conflict, is the response of first resort.”

Bill Gates, the founder of Microsoft and billionaire philanthropist, said in a recent BBC interview that solving the Corvid-19 pandemic would be “very, very easy” compared to solving climate change, which, if successful, would be “the most amazing thing humanity has ever done.”

The challenge of avoiding a global warming disaster should not be underestimated, he said. “We’ve never made a transition like we’re talking about doing in the next 30 years. There is no precedent for this.”

Climate activists agree that one essential reform to be made by the nations of the world is to stop dumping 56 billion tons of greenhouse gases into the atmosphere each year. Net zero is where we need to get to. So far we have some, but not all, the ways of doing that.

The biggest polluters are China, which annually releases more than 10 billion tons of CO2 into the atmosphere, followed by the United States (5.4 billion tons) and India (2.6 billion tons). The biggest CO2 polluter in the European Union is Germany with about 760 million tons.

Serious steps to tackle climate change only really began with a treaty signed in 1992 at the Earth Summit in Rio de Janeiro organised by the the United Nations Framework Convention on Climate Change (UNFCCC).

This was followed in 1997 by the signing of the Kyoto Protocol, which entered into force in 2005.

The biggest step taken by the UNFCCC so far has been the Paris Agreement signed by 196 countries in 2016. Its main goal remains the same today: to keep the increase in global average temperature to well below 2 °C (3.6 °F) above pre-industrial levels, and if possible, to limit the increase to 1.5 °C (2.7 °F).

The Paris Agreement broadly rests on the understanding that keeping long-term temperature in check and reducing greenhouse gas emissions as soon as possible will substantially reduce the risks and impacts of climate change. Each signatory to the Paris Agreement is expected to determine, plan, and regularly report on its contribution.

The next major UNFCCC gathering, scheduled for November in Glasgow, may well be absolutely pivotal. It’s an event Portugal and the European Council are very much preparing for.