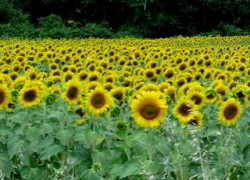 Romani families in Portugal recently welcomed into their homes a professional German photographer, Florian Schwarz, to take portraits for a unique exhibition to illustrate the diversity of migrant communities across Europe.

Schwarz’s focus on Romani people, more commonly known in English as Gypsies and in Portuguese as Ciganos, was the start of a year-long project. Having previously photographed all over the world, including the United States, his current project will take him to four geographical extremities of the European continent – west, east, north and south.

In the Algarve, local contacts introduced him to different Romani communities, the one in Porches long settled in municipal apartments, the others in Albufeira transient camps. He encountered remarkable hospitality, he said. 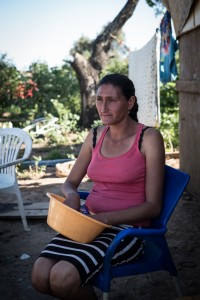 Originally from northern India, Romani people have been on the move for many hundreds of years. They first arrived in Portugal in the 15th century and long thereafter were subjected to severe discrimination. Full integration in Portugal continues to be officially encouraged, but it is still slow. Most Romanis live in close family groups with their own distinct cultural and  social preferences.

As an integral part of the country’s population, official government statistics about Romanis do not exist. About 40,000 to 50,000 spread across Portugal as a whole is thought be a realistic estimate by the Council of Europe’s Commission against Racism and Intolerance.

Next stop for Schwarz, 37, will be Bucharest, capital of one of the continent’s most easterly countries to photograph Romanian nationals (not to be confused with Romanis) heading westward on transport services to seek a better life in Germany, France and beyond .

This autumn he will be in Lapland to portray nomadic Sami people, the northernmost indigenous group in Europe, who traditionally travel around the Arctic regions of Norway, Sweden, Finland and Russia with herds of reindeer.

His final destination will be the Greek island of Crete where he will focus on the workers who arrive in droves to take part in the olive harvest that has been going on since ancient times.

Schwarz’s intention is to depict aspects of migrant life very different to the much televised mass movement of refugees from the Middle East and North Africa in recent years.

He uses a a small, modest-looking camera with a standard 50mm lens that takes  images, undistorted by wide-angle or telephoto lenses, as near as possible to the way they are perceived by the human eye.

The exhibition of his work will be held next year in four public venues as part of a major cultural event in his home city of Konstanz in southern Germany.

PHOTO CAPTION: An exclusive preview image taken in the Algarve, the only photo from the project so far made public.
____________