CIC: Portugal Ventures Center to be established in Boston – Massachusetts 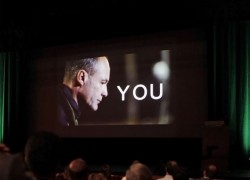 Portugal Ventures has announced it is establishing an office at the Cambridge Innovation Center (CIC) in Kendall Square, Boston, Massachusetts.

Launched in 2012, the Ignition Program aims to “spearheading the development of a modern and competitive economy open to the world, based on advanced knowledge, a strong capacity for innovation, and highly qualified human capital,” Portugal Ventures revealed  in a prepared statement.

Established in 1999, next to Massachusetts Institute of Technology (MIT), CIC Cambridge is the largest cluster of startups in the world, currently housing approximately 600 companies worth  approximately USD $2 billion of venture capital investment. Last year, CIC Cambridge  hosted over 500 events, seminars, and educational offerings in its facilities.

For Dr. José Franca, Chairman and CEO of Portugal Ventures, their partnership with LBV and the MIT anticipates “a most fruitful set of collaborations in Boston, immersing in the cultural environment of Kendall Square and CIC, leveraging the vast presence of world-class startups in its ecosystem, and capturing the strong drive for entrepreneurship that is ingrained in the MIT culture.”

According to Portugal Ventures’ website, “The Center will cater for the needs of the growing portfolio of knowledge-based companies ‘born global’ that are emerging in Portugal in various technology sectors, and will be of particular relevance for Life Sciences and Medical Technology businesses, as well as for ICT and Internet applications.”

Portugal Ventures expects to invest around €20 million per year in the creation of new tech-based startups.