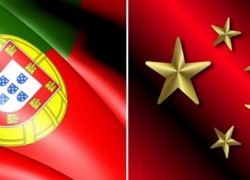 The Chinese offer of about €11.9 billion (USD $10.8 billion) was considered too low by EDP, which board is holding a board meeting this week to review it. EDP, which employs over 12,000, is a major producer of electricity and natural gas.

Portugal’s prime minister, António Costa, has stated that he is not opposed to the deal, but the operation needs to be approved by other countries where EDP holds assets, namely the United States, Brazil and Spain and the European Commission.

Three Gorges Corporation won in December 2011 the bidding for the Portuguese government’s 21.35% share in the company. In 2007, the group made a US$3 billion takeover of Horizon Wind Energy, a Texas based wind power producer, the largest renewable energy deal to date which made EDP the fourth largest wind power producer in the world. In 2014, less than 45% of the ownership of EDP was controlled by five institutional shareholders.

In recent years, China has demonstrated an increasing interest for European energy assets and has become one of the leading investors in Portugal, buying major stakes in energy, insurance, health and banking.

The offer comes at a time of increasing scrutiny in Europe and the United States over Chinese investments abroad, with several deals being blocked for national security reasons.

Energias de Portugal (EDP Group) ranks among Europe’s major electricity operators and one of Portugal’s largest business groups. The EDP Group’s activities are centered on the generation and distribution of electric power with interest in renewable energy and information technologies.