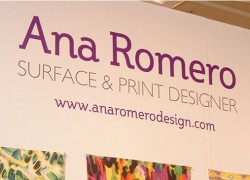 Portuguese designer Ana Romero Monteiro, 32, has established herself as a textile designer in New York City. She is the creator of the Ana Romero Lifestyle Brand, her own brand of a selection of Home and Lifestyle Accessories.

Launched in 2012, at the International Contemporary Furniture Fair in New York  (ICFF), her creations have been featured in the movie  “Finally Famous” and on several television series in the United States such as “Gossip Girl.”

“They sent me an email asking if I was interested in doing a product placement. I said yes straight away, but I never thought it would be shown in the hands of the main characters. It was a nice surprise when I saw one of the mobile phone covers in the hands of Blake Lively and in episodes where the mobile phone played an important role,” she told Lusa news.

Her brand is carried by the prestigious Barneys of New York and she is opening her first store in Manhattan, on Bowery Street, for the Christmas season. 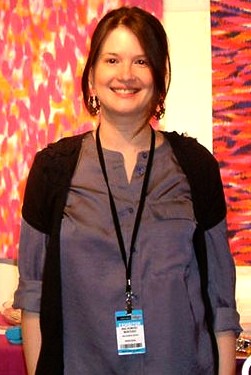 She has been praised for creating “unique products crafted with the highest quality materials and strives to make her products vibrant and fashion forward, as well as to mix innovative concepts with a timeless graphic expression.”

Her sophisticated style embraces color and texture. Her designs are influenced by her travel’s and the work of artists like Victor Vasarely and Bridget Riley (Optical Art Movement), Andy Warhol, Frank Stella and Sonia Delaunay.

Born in Lisbon, Portugal, Ana Romero has a degree in Communication Design from the College of Fine Arts of the University of Lisbon. She has specialized in developing print for fashion and interior design.

paj.staff/Photo credit: THE WONDER IN US