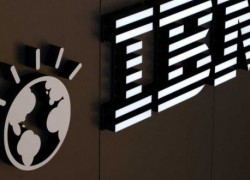 Lisbon is one of the sites chosen by IBM to locate one of its newly created “cloud computing” centers through which user services and applications are aggregated in a “cloud” that can be accessed in any computing device anywhere in the world.

The IBM Lisbon center will provide assistance to Portuguese and foreign companies that want to internationalize their services. The Lisbon operation is part of a  global IBM investment of more than EUR 800 million.

Portuguese economy minister, António Pires de Lima, welcomed IBM initiative remaking that it would provide much needed employment opportunities to a job market with an unemployment rate of 14.3%.

IBM had announced in January 2014 that it was planning to expand its services worldwide with the launching of 15 cloud computing centers. London, Washington, Mexico City and Beijing were among the chosen sites to host “cloud” centers. By the end of the year, IBM expects to have established service centers in 40 locations worldwide.

Established in 1911, the International Business Machines Corporation (IBM) is an American multinational technology and consulting corporation, with headquarters in Armonk, New York. IBM also manufactures and markets computer hardware and software  and  has 12 research laboratories worldwide holding the record for most patents generated by a company for 20 consecutive years.