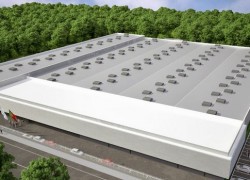 The United States-based, BorgWarner Inc., a multinational corporation supplier of automotive components and parts, has open today, November 7, a new production facility in the industrial zone of Lanheses, Viana do Castelo, Portugal.

The new production facility will further strengthen BorgWarner’s position as the leading supplier of eco-friendly exhaust gas recirculation (EGR) consisting of reducing emissions product technologies to be used in automotive engines in Europe. 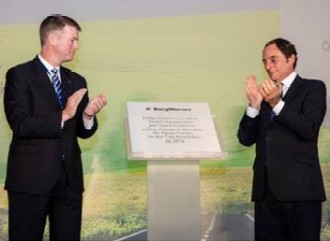 The new facility covers about 160,000 square feet of manufacturing space being considered a “Project of National Interest” (PIN) by the Portuguese authorities. The project is one of the biggest investments of BorgWarner in Europe, consolidating the company’s investment in Portugal and contributing to the creation of many jobs.

BorgWarner, operating in 57 locations in 19 countries, is a leading manufacturer of powertrain products for major automakers. The company’s products are capable of improving vehicle performance while meeting fuel-efficiency and emission standards.