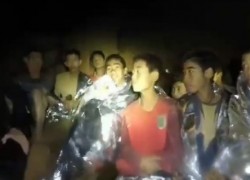 Portuguese club Sport Lisboa and Benfica (Benfica) has invited the 12 rescued Thai young soccer players and their soccer coach to spend an all-expenses-paid week in Portugal, at their Seixal training academy, Reuters reported.

The boys were rescued from a vast cavernous system in northern Thailand on a complex three-day operation. Rescuers completed the rescue operation on Tuesday. 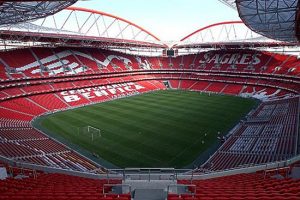 According to Reuters, “Club president Luis Filipe Vieira wrote to the Thai ambassador to Portugal to invite the boys to the camp in Seixal across the River Tagus from the capital, a club statement said on Tuesday.

The “Wild Boars”, aged between 11 and 16, and their 25-year-old coach were trapped on 23 June, after heavy rains caused underground flooding.

“We believe this simple gesture can help these faces recover the joy and smiles that no child should ever lose,” Vieira said in the letter.

The Thai government is strictly controlling information about the rescue. The names of the boys were not released. For health reasons their parents have not been allowed to see them.

It’s been reported that famed Pop star Madonna has settled in Lisbon after her son David Banda – who Madonna adopted from Malawi in 2006 – joined the Benfica youth football academy earlier this year.

Established in 1904,  Sport Lisboa and Benfica, commonly known as ‘Benfica’ is a sports club based in Lisbon, Portugal. With a total of 81 major trophies won – 82 including the Latin Cup – Benfica is the most decorated soccer club in Portugal.