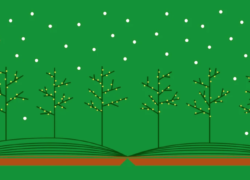 As we gear up for the new century’s roaring 20’s, it’s time to celebrate the winter season. And, as a contributor to the Portuguese American Journal, I am only too delighted to present a small and perhaps quirky selection of holiday gift book ideas, by Portuguese-American and Portuguese writers (mostly in English) but some bilingual too.

The list is by no means comprehensive; however, it does feature books published recently –all of which are available online and in stores for you to consider when shopping for Christmas and Hanukah presents.

Some books listed were featured in PAJ, with author interviews and/or reviews.

Remember, when you “gift” one or two of these books, you’ll not only be supporting writers for their cultural and creative work, but you’ll also be expanding our global Portuguese community by putting books in the hands of potential new readers in our cities and neighborhoods. 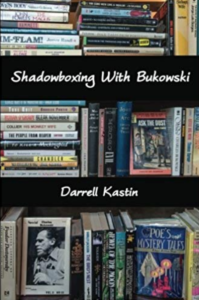 Shadowboxing with Bukowski blurs the line between memoir and fiction. It’s the comic saga of a young bookseller who struggles to keep his bookstore afloat in the harbor town of San Pedro, CA, where the infamous Charles Bukowski resides. Pushed to the edge by events beyond his control: his flailing marriage, the curmudgeonly ghost of the former owner, and the community that sees him as an outsider, the intrepid book lover fights the noble battle against mediocrity and apathy while in a moment of desperation his wife enlists Bukowski’s aid. 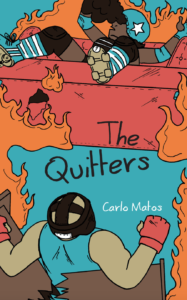 This Portuguese-American writer has long been a rebel as both a professor and an MMA trainer and knife fighter. This hard-hitting collection of creative essays explores the beauty and pain embedded in some of our favorite rough-and-tumble pastimes–roller derby, mixed martial arts, and teaching. Carlo Matos ties it all together with gusto, in a book that will send you reeling to the canvas again and again, and make you return every time for more. 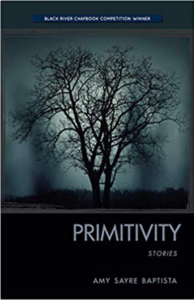 These nine stories weave together a community borrowed from history and spanning centuries in a re-imagined Pike County, a geographical conundrum found in three different states yet joined by the same hungry river. From strangers to spiritualists to families bound by love and blood, the characters who populate Sayre Baptista’s stories tell tall tales of survivorship in the American south. 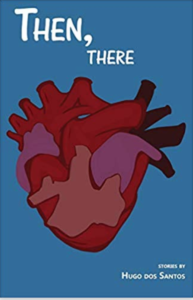 “…a startling, poetic vision . . . . an honesty that makes our hearts sing. These characters pursue ‘the little freedoms,’ and the constriction of their dreaming tells us, with artistic force, how terribly we have made one another invisible.”

Katherine Vaz, author of Saudade, Mariana, Fado & Other Stories, Our Lady of the Artichokes & Other Portuguese-American Stories, The Love Life of An Assistant Animator

In a collection translated by Alexis Levitin and presented in both Portuguese and English, readers find themselves in a world turned upside down: darkly comic, sensual, and rife with contradiction. Here, liturgical words become lovers’ invitations. Cows moo at the heavens. And chickens are lessons on the resurrection.

Over the course of the collection, Branco’s unorthodox — even blasphemous — religious sensibility yields something ultimately hopeful: a belief that the physical, the quotidian, and the animalistic are holy, too. Writing at the boundaries of sense and mystification, combining sensuous lyrics and wit with theological interrogation, Branco breaks down what we think we know about religion, faith, and what it means to be human. 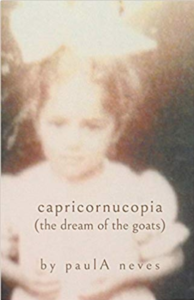 paulA neves’ imagination thrives at the rich intersection of Luso-American identity and womanhood, a place where the life-long questions about love, beauty, and loss take shape, and where the compelling journey of the poet’s emotional and intellectual labors originate.

Fiercely curious, capricornucopia offers a feast for the discerning taste, each page an exploration “always polishing the surfaces,/ hoping to find what’s underneath” the attractions and motivations of culture, language, and the impassioned heart. —Rigoberto González, author of Unpeopled Eden

Poetry. California Interest. Azorean culture. Lusophone Diaspora. KISSING THE BEE is Lara Gularte’s first and long overdue collection of poetry to be published in a standard edition. To gain access to the significance of her poetry requires an understanding of the poet’s cultural heritage out of whose true diaspora of Portuguese and Lusophone speaking people molded her perception as a poet. Born in 1947 in San Jose, California where she grew up, her family came from the Azore Islands to look for gold in California during the 1800s and 1900s. Failing to find gold and “strike it rich,” her family turned to ranching to make a living.

Her great, grandmother Maria Cabral-Neves, came to Fort Jones, California as a mail-order bride during this period, and today her homestead, remains a local landmark. Lara has memories as a young girl of her great grandmother telling her stories about the old country. As an adult she became curious about her heritage and explored family history. In so doing, she used the writing of poetry as a means to express what she learned about her family and culture. 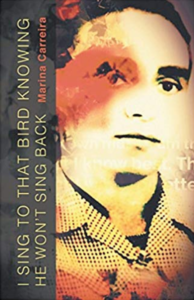 Inspired by fado, Marina Carreira’s debut chapbook, I Sing to That Bird Knowing He Won’t Sing Back, conjures up and tangles with the mighty Fate as muse. From ruminations on such historical characters as Lizzie Borden, Sylvia Plath, and Inês de Castro, to its odes to mothers and sardines, rustic villages and gritty cities, I Sing to That Bird… is a poetry collection that blends myth with memory, highlighting and exploring geographical and spiritual space, sexuality and love in its inception stages, the bittersweet ties to immigrant family, culture and history and their relationship to the heart.

Written both to the beat and viewpoint of this traditional Portuguese soul-folk music, I Sing to That Bird Knowing He Won’t Sing Back which is as nihilistic as it is hopeful in its adoration and disturbance of life’s abstractions. 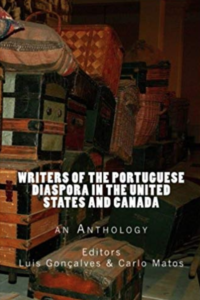 Writers of the Portuguese Diaspora (2015)

This anthology brings together fiction, poetry, recipes, and memoirs by some of the best Portuguese-Canadian and Portuguese-American writers to narrate the Portuguese Diasporic experience in North America. These works focus on lived experiences, shared spaces and the ethnic identity through which this distinctive culture is lived in the United States of America and Canada, both of which have long been home to significant and vibrant Portuguese communities that arrived roughly in the same waves of migration. In this book, you will find a range of texts full of passion, wit, and poise, even as they wrestle with a sense of loss about the passing of the torch from generation to generation, the attempts at integration into the mainstream, and the often overlooked third space or otherness.  Among the many writers included are Katherine Vaz, George Monteiro, Irene Marques, Anthony Barcellos, August Mark Vaz, Millicent Borges Accardi, Sam Pereira, Darrell Kastin and Frank X. Gaspar. Each of them offers a unique view on the heterogeneity, intricateness, and vibrancy of experiences of the Portuguese Diasporas.

Presenting experimental and boundary-breaking prose from women, people of color, and LGBTQ writers, Behind the Stars, More Stars imagines a more diverse and inclusive Luso-American and Portuguese-American literary scene, which has traditionally been dominated by male voices.

This issue of PLCS takes a transnational approach to contemporary Luso-American literatures and cultures from across the United States, Canada and the Caribbean, incorporating perspectives from both within and beyond the current set of canonical reference points. This issue also features literary contributions from urban centers such as Toronto, San Francisco, and Vancouver as well as authors whose work can be said to be “in transit” between North America and disparate points in the Lusophone Atlantic.

Millicent Borges Accardi is the author of three poetry books: Injuring Eternity, Woman on a Shaky Bridge, and Only More So.  She has received fellowships from the National Endowment for the Arts, Fulbright, CantoMundo, California Arts Council, Barbara Deming, Fundação Luso-Americana (FLAD), and  SOPAS, Special Congressional Recognition for poetry in the Portuguese community of California.  Her new work appears in The Journal, Quiddity, Mantis and Laurel Review.  Find her on Instagram and Twitter @TopangaHippie