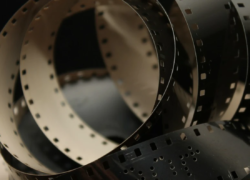 Women’s Cinema in Contemporary Portugal brings together scholars from Portugal, UK and the USA, to discuss 14 women film directors in Portugal, focusing on their production in both feature film and documentary genres over the last half-century. It charts the specific cinematic visions that these women have brought to the re-emergence of Portuguese national cinema in the wake of the 1974 Revolution and African decolonization, and to the growing internationalization of Portugal’s arguably ‘minor’ or ‘small nation’ cinema, with significant young women directors such as Leonor Teles achieving prominence abroad.

The history of Portuguese women’s cinema only begins systematically after the 1974 revolution and democratization. This collection shows how female auteurs made their mark on Portugal’s post-revolutionary conceptualization of a differently ‘national’ cinema, through the ethnographic output of the late 1970s. It goes on to explore women’s decisively gendered interventions in the cinematic memory practices that opened up around the masculine domain of the Colonial Wars in Africa.

Feminist political issues such as Portugal’s 30-year abortion campaign and LGBT status have become more visible since the 1990s, alongside preoccupations with global concerns relating to immigration, transit and minority status communities. The book also demonstrates how women have contributed to the evolution of soundscapes, the genre of essay cinema, film’s relationship to the archive, and the adaptation of the written word. The result is a powerful, provocative and definitive challenge to the marginalization of Portuguese female-directed film in terms of ‘double minority’.

“This landmark collection offers an extraordinarily rich and nuanced tour d’horizon of women’s cinema in Portugal since the 1974 April Revolution. The volume’s collaborative design, stellar roster of contributors, and sophisticated theoretical framing guarantee that its impact will be as lasting as it is groundbreaking.” ―Anna M. Klobucka, Professor of Portuguese and Women’s and Gender Studies, University of Massachusetts Dartmouth, USA

Mariana Liz is a Postdoctoral Research Fellow at ICS-ULisboa, the Institute of Social Sciences at the University of Lisbon, in Portugal. She completed a PhD in Film Studies at King’s College London in 2012 and taught at King’s, Queen Mary and at the University of Leeds in the UK before moving to Portugal in 2016. She is the author of Euro-Visions (2016), editor of Portugal’s Global Cinema (2018) and co-editor of The Europeanness of European Cinema(with Mary Harrod and Alissa Timoshkina; 2015). Her work on European film and contemporary Portuguese cinema has been published in Studies in European Cinema, New Cinemas and the Journal of Romance Studies, among other publications.

Hilary Owen is Emeritus Professor of Portuguese and Luso-African Studies at the University of Manchester, UK, and Research Fellow in the Sub-Faculty of Portuguese at the University of Oxford, UK. She is the author of Mother Africa, Father Marx. Women’s Writing of Mozambique, 1948-2002 (2007), co-author of Antigone’s Daughters? Gender, Genealogy and the Politics of Authorship in 20th-Century Portuguese Women’s Writing, (with Cláudia Pazos Alonso, 2011) and co-editor of Transnational Portuguese Studies (with Claire Williams, 2020). 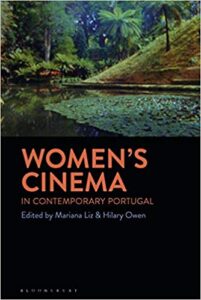