Book: ‘Through a Grainy Landscape’ by Millicent Accardi – Review 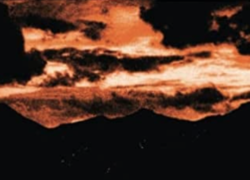 I’ve read and written about the poetry of Millicent Borges Accardi before. Yet I always make a point of never revisiting what I’ve already written. By writing regular criticism or literary essays on individual authors one always runs the risk of sub-consciously repeating ourselves. Suffice to say that Millicent is not only one of the greatest and best poets of our diaspora in North America, she is also an enthusiastic organizer of various events together with her colleagues in the great country, from the East Coast to Chicago to California. As her name demonstrates, it is her Portuguese yearnings that most move her and inspire her great work. Reading this book of her most recent poems is an act of humility and gratitude for me. The prefaces introducing the book are signed by two of the most eminent in American literature: Katherine Vaz and Frank X. Gaspar. There are others, some more “canonical,” others aspiring to achieve that status, their names appearing on the back cover of the poetry they just read. What they write is almost impossible to overstate in words after reading this great, once more, supreme book. Too many names to be mentioned here. I will then proceed with my own notion of what it is, or it is not prominent regarding the undercurrent Portuguese-American literature, particularly since the 90s. Do I feel constrained in writing this text? Yes. I feel that at once I should overcome this feeling, but I can’t. I will but speak with fairness as a critic who has been since long evaluating this writing, always in English, which has been consistently emerging from our communities abroad, by writers, some of them outsiders themselves, who have made of that space a constant reference. Regarding Through a Grainy Landscape, it reveals what, throughout the bountiful vastness of the California land, most has enriched and dignified our people, predominantly of Azorean descent. After centuries of toiling, laboring with intelligence, the most richest of all “Azorean” territories was born and developed there. The human pain of their struggle becomes part of these great poems by Millicent Borges Accardi. Of their heroism arises the pain of what once was, the “much human” pain of striving, the intimate relationships inside closed doors, the pain of endless saudade, the memories of the old country, the painful memories of oneself, us, and the memories of those left behind, always, and almost always, throughout decades of woe and weeping. That’s how, the poetry of Millicent Borges Accardi becomes, from the first to the last page, a sequential poetic narrative, to which the reader hastily returns to reading verses like a novel in fragments. The power of each word, of each verse, of each stanza, places the reader at the center of so much triumph and tragedy. The everyday journeys and other crossings which there are many. From the primeval land of origin to America, the poet takes us to added geographies much far-off from one other Europe, that Europe that has recently declared itself ambiguously somewhat related to us all. Forsaken, our Portuguese and American origins remain at the center. As it always was, as I believe it still is for us today.

The title, ‘Through a Grainy Landscape’, somehow leaves much more to be said. On the one hand, it carries the meaning of the desired promised land, on the other hand, the disenchantment, the sadness, and still always the saudade of a late past, people and a way of life. In Millicent Borges Accardi’s poetry, irony is a constant. Yes, it brings forth the life of winners and martyrs, along with the illusional department stores selling anything and everything, new clothes and all sorts of useful and useless objects, mothers who are always in the kitchen, firstly, and of fathers who never stop working and come home tired, with affection and love. The author’s poetic voice/s recurrently combine those confined closed worlds, within the greater America that surrounds them. Thus, it is never a poetry or writing that limits itself to the domestic spaces within their solitude and isolation, apparently disconnected from the larger world that attempts to conceal them.

Overall, it is a view intently looking at the vastness of the Great Society. If the parents or grandparents had paid little attention to the whole, their offspring stepped inwards the greater reality. They study, date, marry, without ever forgetting their origins. Millicent Borges Accardi plugs in that something that reminds me of this. She draws verses from several Portuguese poets, from Renata Correia Botelho to Carolina Matos, and others such as João Miguel Fernandes, among many other Portuguese and Portuguese-American poets, dedicating to them some of her poems. In the preface, Frank X. Gaspar, the great Portuguese-American poet, born and raised in Provincetown (Massachusetts), writes about how he has lived through all this and recalls in his own words: “In this book, Millicent has done something remarkable. She seamlessly alloys her poems with seminal lines from Portuguese and Portuguese-American poets, writing from their own culture and in their own native language. It is no small idea, no simple looking for a ‘hook’ or a ‘trigger’ for the poems she is about to write.”

Those among us, who still think that we are far away from each other, in our own language or in other languages and literatures, we must revisit your thinking. Just a few days ago a friend of mine told me that I should only dedicate myself to great “foreign” writers. Yea? He should recognize that all is connected, within the possibilities of time, other masters of writing being included. They are not by far the only ones. Our Portuguese literature, or that which relates to Portugal, is not inferior to any other by some alleged greater foreign names, not in past centuries nor in past decades, or even less today. The critic or essayist has the duty to firstly bringing forth their own, placing them when justified at the same level of others, even in parity with them and, considering some works, to a much higher level of excellence. Is there any excuse to only dedicate ourselves to those who do not represent or transmit to the outside world our way of being and existing? Starting at home, let’s decry this most blatant parochialism among some of us. Whoever wishes to practice this any other way, do it. But to continue ignoring the Portuguese-Americans as such would be a shameful act of intellectual pettiness. Having among us a poet such as Millicent Borges Accardi, among many others, and I insist without any reservation, is to never renounce the “pleasure of the text.” It would represent our ignorance and irrational denial, unbecoming of our partaking in the construction of thoughtful societies of great artistic sensibility. Millicent Borges Accardi has participated in recent years, as I have mentioned before, in the most important literary events in Portugal and the United States. To her own credit, this only demonstrates her literary and intellectual greatness.

Millicent Borges Accardi, Through a Grainy Landscape (2021), New Meridian, part of the non-profit New Merdian Arts Literary Press, dedicated to publishing innovative literature and poetry that gives voice to original writers of talent and scope around the world. Through a Grainy Landscape has been nominated for a 2022 PEN award. Appeared in Border Crossings: Leituras Transatlânticas, published (Portuguese) in Açoriano Oriental, 24 December 2021. Translated by Carolina Matos. Reprinted with permission.

Vamberto Freitas was born in Fontinhas, Terceira Island, Portugal. He emigrated to California with his family as a child, and graduated from California State University, Fullerton, in 1974, with a degree in Latin American Studies. He returned to Portugal as an adult, and now resides in Ponta Delgada, in the Azores. A recently retired lecturer at the University of the Azores, Freitas was a regular contributor to the literary supplement of the Lisbon newspaper Diário de Notícias, and still publishes periodically in Açoriano Oriental and Jornal de Letras in Lisbon, and in other national and regional journals.

Title: Through a Grainy Landscape