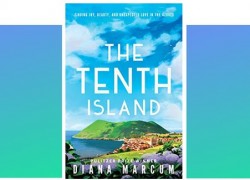 From a Pulitzer Prize–winning writer comes an exuberant memoir of personal loss and longing, and finding connection on the remote Azorean Islands of the Atlantic Ocean.

Reporter Diana Marcum is in crisis. A long-buried personal sadness is enfolding her—and her career is stalled—when she stumbles upon an unusual group of immigrants living in rural California. She follows them on their annual return to the remote Azorean Islands in the Atlantic Ocean, where bulls run down village streets, volcanoes are active, and the people celebrate festas to ease their saudade, a longing so deep that the Portuguese word for it can’t be fully translated.

Years later, California is in a terrible drought, the wildfires seem to never end, and Diana finds herself still dreaming of those islands and the chuva—a rain so soft you don’t notice when it begins or ends.

With her troublesome Labrador retriever, Murphy, in tow, Diana returns to the islands of her dreams only to discover that there are still things she longs for—and one of them may be a most unexpected love.

Diana Marcum is a narrative writer for the Los Angeles Times. In 2015, she won the Pulitzer Prize for feature writing for her newspaper portraits of farmers, field-workers, and others in the drought-stricken towns of California’s Central Valley. ‘The Tenth Island’ is about finding joy, beauty, and unexpected love in the Azores.

Title: The Tenth Island: Finding Joy, Beauty, and Unexpected Love in the Azores