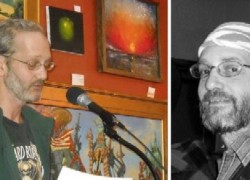 Joe Gouveia was an influential regional poet. He flourished throughout Cape Cod as a radio personality, a tireless promoter of poetry readings, and a ready and willing friend and champion to poets of any stripe at any level, starting out or established. He died on May 10, 2014, at the age of 49.

The “words of a dead man are modified in the guts of the living,” a poet once cautioned, and there is no doubt that this poet’s death, after a long, hard illness, works a similar alchemy in readers with the word saudade. There is no denying that it has shaped my affective response to this book. That change is not to be deplored.

From the start the poet would help us with the magnitude of this transformation. In an epigraph preceding the title-page he defines Saudades: “a Portuguese word that has no direct translation in English. It describes a deep emotional state of nostalgic or deeply melancholic longing for an absent something or someone that one loves.” If the word saudades has no exact equivalent in any other language, so that it cannot be dictionary-defined to anyone’s satisfaction, the question of its uniqueness continues to be a contentious notion. What is not in dispute, however, is that this poet’s saudade is a reality embodied in the language of his poems. These constitute personal repositories of words mixed richly with feelings, poems, if you will, that seldom if ever need make explicit their connection to the book’s title. They are themselves deeds designed to build lines of trust between poet and reader. Joseph / Joe / José throws out poems rife with the saudade he feels for his readers—close friends, old acquaintances, strangers, and those who are never-to-be-encountered at all, who walk the surface of the earth even as he did.

Reading Saudades so soon after the author’s death, one cannot help but consider the idea that the poet was well aware that this first (and last) of his books (self-published chapbooks aside) was a last testament. Yet while the poet’s words will remind us that it is our common doom that spooks us, they nevertheless enact one poet’s singular path to a via affirmativa.

Thus he would make us aware of his noble attempt to set down lyrically his litany of ritual activities, from participation in childhood games and family meals to the slaughter of cows (“first came bleeding, the slitting of throat”), as well as enduring radiation treatments (“a strap of Velcro zip-ties my feet together”) and the administrating of a Catholic’s last rites (“now it’s the Sacrament of the Sick”)—all these are colored (or deep-stained) by our knowledge that the poet will die soon after he has set down these words.

How, after the passage of time, these poems will strike readers who did not know the poet in life (or, perhaps, even those who did) only time will tell. My bet is that they will stand up under dispassionate, objective scrutiny, particularly “Annual Cow Slaughter, 1975,” “Where Home Is,” “After Today,” “Class Struggle,” and (his favorite, one suspects) “Evel Knievel.” In the last-named poem, an elegiac tribute to his own beau ideal, the poet sums up the meaning this performance artist of the risk-all has for the poet, who steadfastly gathers to himself the feats and facts of what he finds to be something of a saint’s life of flesh, blood, bone, and machine. There’s bluster, boast, awe, and, at the last, prayer in the prediction that “even God himself shall cheer” the name—Evel Knievel. 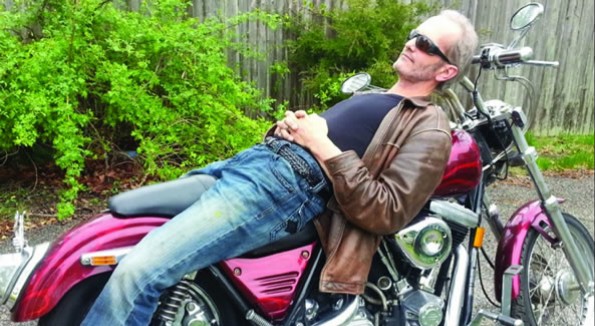