Book |In America, I Discovered I Was European| by Natália Correia – Editor’s Note 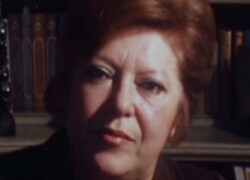 Natália Correia lived one of the most productive and flamboyant lives in the history of Portuguese culture. In June 1950―a month bracketed by Senator Margaret Chase Smith’s denunciation of McCarthyism and the outbreak of the Korean conflict―Correia made her first visit to the United States. Moving from Boston, coastal Maine, and New Bedford, Massachusetts, to New York City and Washington, DC, she mingled with intellectuals and politicians at soirées, visited art museums, frequented nightclubs, spoke on Portuguese-language radio, and met with Luso-Americans and small-town locals. In America, I Discovered I Was European, Natália Correia discovers attractions and contradictions of midcentury America through the experiences, discoveries, perceptive observations, and critical reflections of a lifelong enfant terrible.

Natália Correia (1923–1993) was born in São Miguel, Azores, but moved to Lisbon at age eleven. An intellectual, poet, political activist, and defender of women’s rights, the charismatic and combative Correia challenged preconceptions and defied conventions and was first elected to Portugal’s parliament in 1980. One of the most prominent voices of Portuguese literature and culture in the second half of the twentieth century, she was the recipient of the Grand Prize in Poetry from the Association of Portuguese Writers for her book, Sonetos Românticos.

Katharine f. Baker is the translator of I No Longer Like Chocolates by Álamo Oliveira, The Portuguese Presence in California by Eduardo Mayone Dias, My Californian Friends: Poetry by Vasco Pereira da Costa, and Smiling in the Darkness by Adelaide Freitas. Emanuel Melo is a Toronto-based writer. His work has been published in anthologies of Luso-Canadian writers, Cleaver magazine, the TWAS e-Zine, and on RTP’s Comunidades website.

Title: In America, I Discovered I Was European