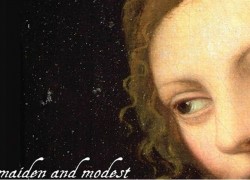 Maiden and Modest (1554) [Menina e Moça] is the first Iberian pastoral romance, a feminine narrative that is a revealing meditation on love and longing. This Renaissance classic appears for the first time in English, in Gregory Rabassa’s masterful translation, with a foreword by Earl E. Fitz of Vanderbilt University.

Modern readers will be surprised by Ribeiro’s complex treatment of love and longing, because his narrative of suffering and unhappy love is told from the perspective of female protagonists. Indeed, a feminist note infuses the entire narrative, which also contains autobiographical aspects and traces of the Cabala and Zohar. A self-conscious narrative that explores issues of gender, identity, and sexuality, Maiden and Modest makes a significant contribution to the development of the European novel. 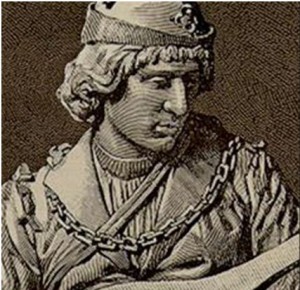 K. David Jackson, Yale University, praises this publication: “Bernardim Ribeiro’s psychological novel, a sequence of embedded tales told by a young female narrator, carries chivalric tales into a modern tradition of inner questioning and doubt in the face of the uncontrollable forces and strategies of desire. Thanks to Rabassa’s brilliant translation, Maiden and Modestcan now take its place alongside Renaissance classic texts.”

Bernardim Ribeiro, likely a Jewish “New Christian,” was a prominent Portuguese writer and courtier. Gregory Rabassa is the preeminent translator from the Spanish and Portuguese. Earl E. Fitz is Professor of Portuguese, Spanish, and Comparative Literature at Vanderbilt University. Maiden and Modest is volume 8 of the Adamastor Book Series. The publication of Maiden and Modest was sponsored in part by the Luso-American Foundation.

Via University of Massachusetts Dartmouth