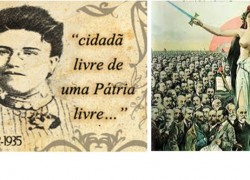 At the turn of the 20th Century, Ana de Castro Osório (1872-1935) was a pioneer in the struggle for human rights in Portugal and a champion for gender equality and the rights of Portuguese women in particular.

In 1905, in the prelude of the Republican revolution, she authored “Portuguese Women,” the first Portuguese feminist manifesto. She strongly defended that women should not be considered “decorative pieces” and that education alone would be the “definitive step for women’s liberation.” 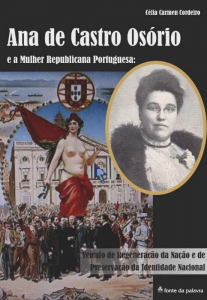 Osório fought against all kinds of discrimination, including the right to universal vote and equal wages. In the advent of the Portuguese Republican movement, Osório collaborated with the Justice Minister, Afonso Costa, in drafting the Divorce Act, approved by the Portuguese Parliament in 1910.

She wrote novels, poetry, plays and articles for various newspapers voicing her political views. She collected traditional folklore and is considered the founder of children’s literature in Portugal, responsible for numerous translations of foreign authors including the Brothers Grimm and Hans Christian Andersen.

In her book, Cordeiro demonstrates how Osório’s activism and her literary and nonliterary writings played a crucial role in the advancement of Portuguese society in general, and women in particular, through promoting education for all women at all levels of society. Cordeiro also demonstrates how Osório’s creative writing, her fiction in particular, was construed around her commitment to the advancement of social causes.

Cordeiro examines how Osório advanced the cause of education for all women across social classes. Osório believed that, from the upper classes down to the working classes, all women should be educated to become better wives and better mothers. She also believed that women should pursue a profession and become economically independent, defending that education of women would result in the advancement of all members of society across future generations. 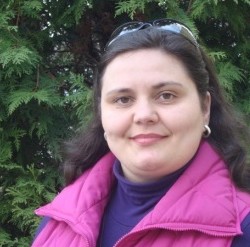 Cordeiro demonstrates how Osório’s activism contributed to the improvement of public health in general, and family heath in particular, namely the health of women and children. She also examines how Osório campaigned to prevent and eradicate diseases and how she also worked with other women to eliminate illiteracy, prostitution, vagrancy, crime and poverty.

When her husband, Paulino de Oliveira, was appointed Portuguese consul in São Paulo, in Brazil, between 1911 and 1914, Osróio taught, wrote and published several books there. While pursuing her human rights agenda, in Brazil, she also worked with the resident Portuguese communities in the country to advance the rights of women in particular.

Cordeiro concludes that by crossing borders, Osório became an agent of change beyond her own nationality and her immediate patriotic Republican agenda. By doing so, she embraced a broader worldwide view of human rights, contributing to the advancement of the rights for all, women in particular, across the world.

The book, with preface by Professor Fátima Sequeira Dias, of the University of the Azores, was published by Fonte Da Palavra and is available through the publisher.

Reviewer’s note: A number of Ana de Castro Osório’s books are available (in Portuguese) in free e.book editions through Kindle  at Amazom.com.