BOOK: “A School for Fishermen” by Carlo Matos – Review

Three separate strands of thought to begin with. First, a fishing net endlessly connects itself to itself, neither beginning nor ending. Second, astronomers believe dark matter resembles a neural network spanning the universe, stars traveling its paths like chemicals in a giant web. Finally, in Fernando Pessoa’s poem Tobacco Shop, Pessoa’s own fictional persona Alvaro de Campos writes, “Believe in myself? No, I don’t, nor in anything.”

These strands run through A School for Fishermen, Carlo Matos’s first collection of poetry. Carlo Matos is an Azorean-American poet and fiction writer with roots in the Azorean island of São Miguel. His poetry has appeared in various journals such as Short, Fast and Deadly, Paper Darts, Arsenic Lobster, Ragazine, kill author, DIAGRAM, and The Mad Hatters’ Review. Several of his poems will be appearing in an upcoming anthology entitled, the Gávea Book of Portuguese-American Poetry. 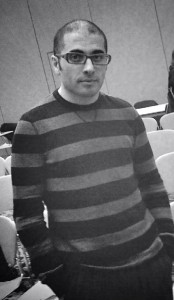 Fishing nets, dark matter, Fernando Pessoa: Matos deftly weaves all of these strands into a Portuguese-American story about the Dos Santoses, a family that emigrated from the Azores and is now caught in the tangled web of folk wisdom and scientific rationality that is commonly referred to as the struggle of American assimilation.

The collection is comprised of forty-four poems divided into five sections, each section voiced by one of the Dos Santos family. Like a palimpsest, identity etches over identity in these poems, the old and the new, making voices and effacing them. The second section, for example, titled “Theory of Everything,” is voiced by Philip Braga, who we’re told holds a Ph.D. in physics and is the “center of the family’s gravest ambitions.” The poems in this section are appropriately populated by Higgs Bosons and by numbers that “answer” (52) from “the edge of the orthographic universe” (56). The third section, Occasionals, is in the persona of Fatima, who lives “superfluously into her 80s.”

Although the Fatima poems are terse, five to eight lines each, the poetics that inform them (and this is true of the entire collection) range widely. Consider, for example, the bleak aphoristic ending of R-Complex:

Guard rails keep the path sure

where there are sudden falls into black chasms,

where others have fallen without knowing

or rather knowing too late that the soul leaves the body

but not, as we all hoped, through the mouth.

Such an ending intimates a grief that itself remains unspoken or unseen, a move that should be familiar to readers of the contemporary elegy. Compare this to Straw, driven as it is by a nursery-rhyme cadence and rhyme toward the elliptical final lines: “those gravel boys— / thick as meal— / Glottal. Esophageal.”  A poem whose ancestry no doubt traces itself back to Dickinson, but that also echoes the smart and playful music of poets like the late Michael Donaghy. 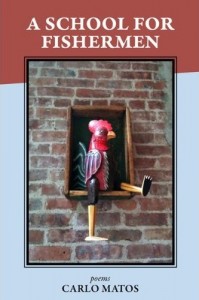 In Stonemasonry, the poem that opens the collection, an uneducated stonemason considers the distance traveled from his childhood in the Azores, the distance he has travelled from the wisdom of his father: “I am not in the village now / and can’t reach back far enough to tug his beard like a son should” (18).  In Grotto, he returns home and recalls watching his mother dress: “[t]he room where, many years ago, unseen, I stumbled upon you—naked—/ your mother armor in a pile on the floor, / and I staring, like Actaeon, for as long as I could get away with it” (21).  Loss is palpable here in terms of both family history and individual identity formation.

The entire collection is haunted by the figure of Pessoa, a titanic literary wall to be knocked down, mended, rebuilt:  “I knew Alberto Caeiro’s son—/…/ I drank his beer and mended his walls…/ building the lie that Pessoa was himself the man,/ the father of the man I knew and grew to love/ though he said very little to me” (15). Ultimately, like Pessoa’s, Matos’s personas cannot believe in themselves, either. Their only alternative lies in “building the lie” (15) and then believing in it.

Matos’s second poetry collection is Counting Sheep Till Doomsday (BlazeVOX [books], 2011). His first scholarly book, Ibsen’s Foreign Contagion, was recently released by Academica Press; it is a study of the connections between the rise of epidemiology and the birth of modernism on the London stages of the nineteenth century. He currently lives in Chicago, where he teaches composition, literature and creative writing at the City Colleges of Chicago.

These were otherwise good people
who, like so many others, had been swept up by a promise:
the promise of tornado, microburst, and strange shower.
Many nights they pledged themselves to light sleep
so as not to miss Lake Michigan’s sharp gills falling,
catching in trees like bats lounging.
Fish rain was sure to bring the rats from their dumpster dark
to feast and feast as riches dropped on them.
Sweet air!
A Sunday Market.
A Service.
They were not afraid
for one day they would all be carried sweetly as a cloud
and rained down on the lawns of strangers who poked their blinds
crying to dream again.

(*) Jason Peters is a poet and language researcher living in Providence, RI. He is a doctoral student and Jacob K. Javits Fellow in Writing & Rhetoric at the University of Rhode Island.  His research interests include multilingual writing studies and material rhetorics. He is the managing editor of The Ocean State Review, the University of Rhode Island’s Journal of Art and Literature. He earned an MFA in creative writing from Emerson College in Boston.