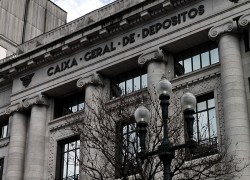 According to Moody’s the “Bank Financial Strength Ratings” issued were affected by the credit profile of the country also on risk of a further downgrade by the agency.

Moody’s last downgraded ratings for the country’s banking sector was on April 6 and the agency is already reviewing Portugal’s Baa1 sovereign-debt rating.

The rating agency warned that the Portuguese economy would remain “very weak and will probably contract in 2011, with an uncertain outlook for 2012, partly due to the government’s significant austerity measures”.

Portugal has received the first tranche of 26 billion-euro ($37 USD billion) of a 78 billion-euro ($114 USD billion) bailout package from the European Union and International Monetary Fund.  Lisbon is ordered to repay about 5.0 billion euros ($7.2 billion-USD) in debt by June 15.

Investors are concerned that Portugal’s next government will have little time to implement  the long list of austerity measures and reforms included in the bailout, some of which need to be completed by the end of July. The bailout demands harsher austerity measures and a broad range of reforms which will likely cause the economy to weaken further.

Moody’s is concerned that Portugal’s weakened political, budgetary and economic situation has increased the risk that the government will be “unable to achieve its ambitious deficit-reduction targets and put its finances on a sustainable trajectory.”

Speaking to the nation Friday, Portugal’s National Day, the President of Portugal, Anibal Cavaco Silva, warned the Portuguese that the country could “not fail”  to fulfill its obligations under the bailout accord with Brussels and the International Monetary Fund.  He said that failure to do so would risk “incalculable” consequences for the country’s future.  “We can’t fail. The cost would be incalculable,” he said.