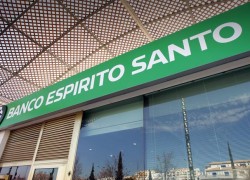 Lisbon-based Banco Espírito Santo (BES) has agreed to pay $6.9 million to settle U.S. civil charges that it sold thousands of investments that weren’t registered with the Securities and Exchange Commission (SEC), the Associated Press reported Monday.

According to the source, most of the customers who bought mutual funds and other investments from BES were immigrants from Portugal. The investments were sold from 2004 through 2009.

The bank has agreed to pay a $4.95 million penalty and return about $2 million in fees collected on the investments plus interest. The bank will also compensate customers for losses. That amount wasn’t disclosed.

BES neither admitted nor denied the allegations. Most of the 3,800 customers lived in Connecticut, Massachusetts, New Jersey, New York and Rhode Island.

The bank previously reached similar settlements with the other four states.

Both the SEC and Schneiderman’s office said the bank reported the lack of registration to them and cooperated with the investigations.

Banco Espírito Santo, Portugal’s second largest commercial bank, together with its subsidiaries, provides a range of financial products and services, including credit and debit cards, loans, asset management, brokerage, investment and insurance. It operates through a network of 734 branches, 22 Private Banking Centers and 26 Corporate Centers worldwide.