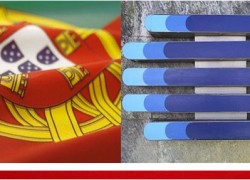 Adding that the government still intends to sell off one public channel when the time is right, Relvas commented that RTP faces a “painful” restructuring and modernization process which will cost the government €42 million.

He also noted that a number of other Portuguese media organizations in the country have been undergoing restructuring, amid falling advertising revenues. According to Relvas, the advertising market has dropped by 46 % in the past two years and the government does not want “to destroy the sector,” by jeopardize further the existing private-sector rivals.

The privatization of government run assets is part a program Portugal agreed to undertake in May 2011 to secure a €78 billion bailout package from the European Union and the International Monetary Fund.