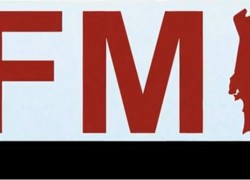 According to the report, Portugal’s current social welfare system was “too wasteful and especially unfair to young people,” adding that the “unemployment benefits was still too long and too high.”

To achieve the goals, the IMF report proposes cutting public-sector wages across the board by between 3% and 7% from 2014; slashing the number of public employees by up to one fifth; and increasing their work hours. It also recommends cuts in across all state pensions.

At a news conference in Lisbon, Carlos Moedas, deputy secretary at the Prime Minister’s office, praised the document saying it was drafted in consultation with the government. He also called for a “constructive and serious debate” to deliberate on the FMI recommendations.

“The importance of this report is that it really is a quantified report, it’s very well done, very well worked, and I hope it will be read by everyone, by political parties, by civil society in general,” Moedas said.

The IMF report says the mesures could reduce public spending by some €4 billion a year reducing by up to one fifth the number of less-qualified state employees in areas such as education, security and administration, saying this could bring savings of some €2.7 billion.

The report also says a further €150 million could be saved by extending state employees’ work week to 40 hours from 35, as well as cutting overtime pay. There is no reason for public sector workers to have shorter hours than most of their private-sector counterparts, it argues.

In addition, higher medical fees, 50,000 fewer teachers and a cut in all pensions, are some of the measures the International Monetary Fund (IMF) has proposed in this report requested by thePortuguese government.

Moedas did not offer any deadline for the unveiling of government measures drawn from the report, saying that there would be “a first phase” between now and February, when international officials would be in Lisbon for the seventh quarterly review of Portugal’s bailout progress, but that a “much broader debate” was necessary.

In 2011, Portugal agreed on the terms of a multi-million Euro (€78 billion/$102 billion) bailout package from the IMF, the European Central Bank and its EU partners, aimed to reducing the national deficit.